Plans have emerged for a major development by Berkeley Homes at the rear of the Asda store on Old Kent Road. 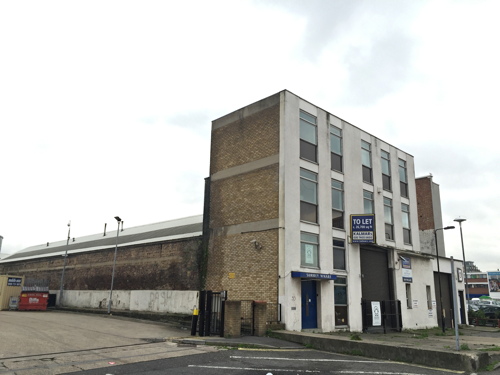 Surrey Wharf in Malt Street is located between Asda and Halfords

Berkeley Homes has purchased land spanning the SE1/SE15 border at Bianca Road, Surrey Wharf and Acorn Wharf where it plans to build "many hundreds of new homes, hundreds of new SME jobs for local people and a range of new community infrastructure and open spaces".

The land bought by Berkeley Homes around Olmar Street and Malt Street is along the line of the former Surrey Canal.

The old canal alignmentcould be opened up as a new pedestrian route if the development goes ahead.

The developer's intention for the site has come to light because of an objection tabled by the company to Asda's plans to create a new petrol station in its car park.

Planning agents from Rolfe Judd, acting for Berkeley Homes, have written to Southwark Council warning that Asda's proposal for a new petrol station next to Surrey Wharf "will significantly harm the opportunity to effectively develop the adjoining land both to the east and the south and given concerns over health and safety and safe distances from possible sources of explosion will blight the land closest to the new petrol filling station".

The letter adds: "Furthermore it will impact on the viability and quality of any new residential homes in the vicinity given the number of vehicle movements during the day ... and potential air quality and noise impacts."

Old Kent Road was last year designated as an 'opportunity area' for 2,500 new homes by Mayor of London Boris Johnson and the council is currently drawing up new planning policy for the area.