A convicted criminal who kicked and killed a prison custody officer at Blackfriars Crown Court will remain at Broadmoor Hospital, a judge ruled this week. 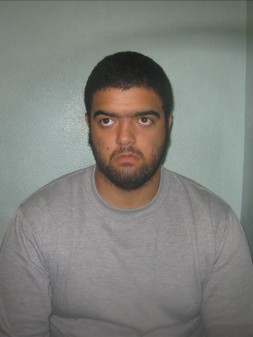 23-year-old Humphrey Burke of no fixed abode was found to have kicked Lorraine Barwell in the head, leading to her death, the Old Bailey ruled this week.

The judge gave Burke a restriction order and a hospital order under the Mental Health Act 1983, after it was ruled he was unfit to plead.

Lorraine Barwell, a Serco prison custody officer, was part of a team responsible for transporting Burke from Blackfriars Crown Court following a sentencing hearing on 29 June 2015.

Burke had been brought to the court from Tameside Prison for the hearing following his conviction for offences related to two attempted robberies at bookmakers in October 2014.

Following the hearing, Lorraine Barwell and other members of her team went to the cells to prepare Burke for his journey back to prison.

Burke was handcuffed and the team began to lead him out of his cell. As this was happening Burke pretended to faint – something he had been known to do before – and he was moved into the main cell corridor where his cuffs were removed.

Three prison custody officers attempted to get Burke to his feet but he began to struggle. Burke was put to the floor and handcuffed behind his back but would not stand up.

He was helped to his feet by two officers on either arm as Lorraine controlled his head while standing in front of him.

Once on his feet Burke kicked backwards at officers behind him but made no contact. He swung his foot forwards and struck Lorraine's body, causing her to fall to the floor. Despite officers restraining Burke and attempting to pull him away, Burke kicked again, this time making contact with Lorraine's head.

Burke was removed from the cell area while Lorraine's colleagues administered first aid. It was immediately apparent that she had been seriously injured.

An ambulance was called and Lorraine was taken to the Royal London Hospital. She remained there in a coma and did not regain consciousness. Lorraine died in the early hours of 3 July last year.

A post-mortem examination at Greenwich Mortuary on 6 July gave cause of death as a head injury.

Burke was subsequently charged with Lorraine's murder and has remained in custody since.

Detective Chief Inspector David Reid said: "Lorraine Barwell was not a threat to Humphrey Burke; she was merely doing her job – the same job that she had carried out with dedication and professionalism for many years.

"Burke chose to lash out, using what the pathologist described as severe force to inflict catastrophic injuries on Lorraine.

"Her death was needless, caused by a senseless act of violence on the part of Burke."