A Conservative MP has accused the operators of tourist excursions using amphibious vehicles of causing a "real disruption to the lives of residents" in SE1. 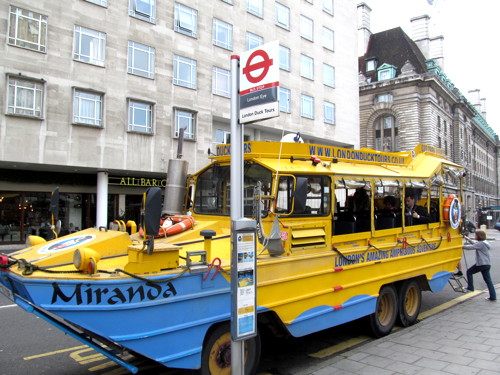 Mark Pritchard, Conservative MP for The Wrekin in Shropshire, was speaking in a Westminster Hall debate on 'Quiet Cities'.

He cited the popular yellow amphibious vehicles which ply their trade from the South Bank as one source of noise nuisance for Londoners.

"Has anyone seen the London Duck?" asked Mr Pritchard.

"It is a converted military vehicle that is so noisy and polluting.

"Throw on top of that the microphone of the person talking about the delights of central London, and it makes a real disruption to the lives of residents not only of central London in SW1, but of SE1, down in Vauxhall.

"Such things can be changed. It would not be of huge cost, but it would be of great benefit to many people."

London Duck Tours pick up passengers near the London Eye on the South Bank and enter and leave the Thames using the slipway at Lacks Dock on Albert Embankment.

We invited London Duck Tours to comment on Mr Pritchard's remarks but no response had been received by the time of publication.