Four sculptures have been installed on the river foreshore near Vauxhall Bridge as part of the month-long Totally Thames programme. 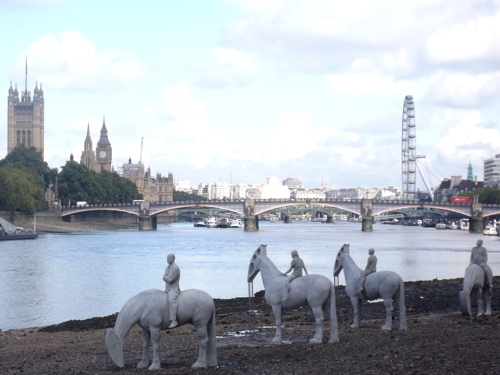 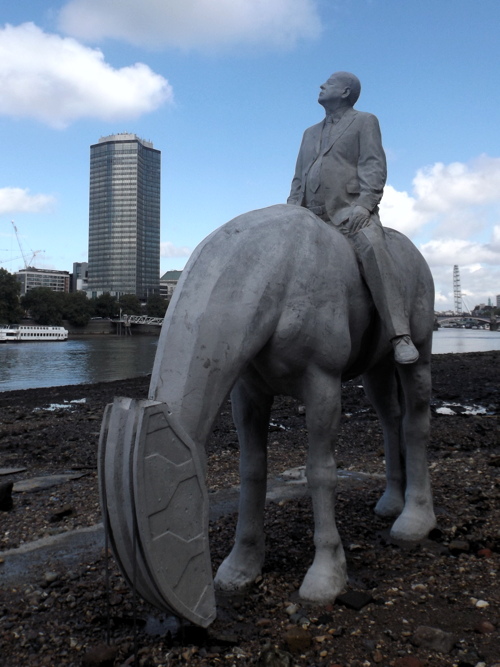 Totally Thames – which runs throughout September – is the successor to the Mayor's Thames Festival.

Jason deCaires Taylor's sculpture installation can be seen at low tide on the foreshore in front of Camelford House, close to the MI6 headquarters at Vauxhall Cross.

Entitled 'The Rising Tide', the piece is said to question our future relationship with fossil fuels.

The artist says that corpulent businessmen astride two horses represent the position of power over these resources. Their counterparts are two small children representing future generations that will live with the consequences of overconsumption.

The sculptures are close to the slipway at Lacks Dock used by the London Duck Tours amphibious vehicles but signs are in place urging the public to view the artwork from the Thames Path rather than venturing onto the foreshore.

Totally Thames events in SE1 include the Riverside Festival in Potters Fields Park this weekend and a series of concerts and recitals at Southwark Cathedral.