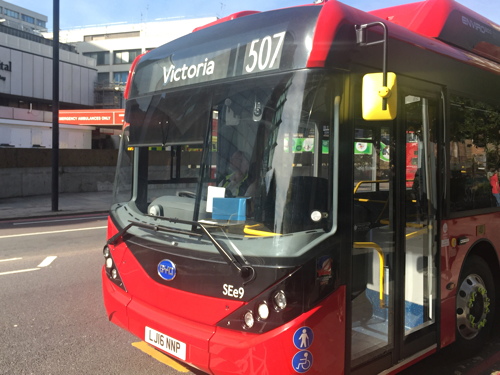 One of the new buses outside St Thomas' Hospital 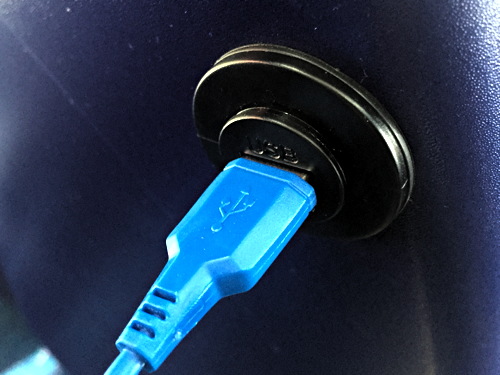 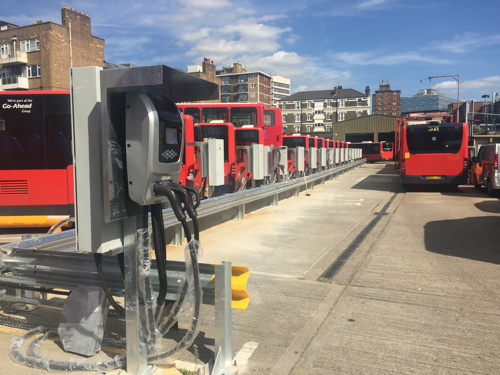 New electrical charging apparatus has been installed in Waterloo Garage

Former Mayor of London Boris Johnson announced last year that routes 507 and 521 would be converted to all-electric operation.

This week the first of the new fleet of Chinese-built BYD buses was brought into service as the diesel fleet is phased out.

The 51 buses – built and maintained in a Ł19 million deal – form the single largest fleet of full size electric buses in Europe.

They will be operated by Go-Ahead London General on route 507 which links Waterloo Station with Victoria and route 521 which runs from Waterloo to London Bridge Station via Holborn.

As well as being notable for their electric power, the new buses are also the first on the TfL network to feature at-seat USB sockets for passengers to charge their mobile phones.

The 507 and the 521 are the last remnants of the once extensive Red Arrow network of bus services introduced in 1965.

To mark the 50th anniversary, Go-Ahead recently painted one of its Mercedes Citaro buses in a commemorative livery.

A book – London's Red Arrow Buses: 50 Years of Service – has also been published this year.