Neil Coyle has used a House of Commons debate to highlight the threat to the future of a brand new pharmacy at Elephant & Castle - just days after he cut the ribbon to open it. 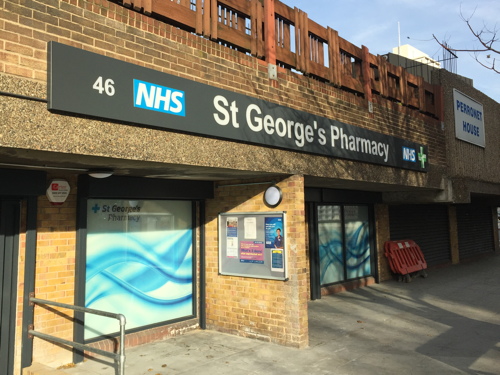 The former Classic Pharmacy in St George's Road has relocated to the new premises which have been carved out of the car park of Perronet House at the Elephant & Castle.

Speaking in a debate on the Government's proposed cuts to community pharmacy funding, Bermondsey & Old Southwark MP Neil Coyle quoted Atul Patel, owner of the St George's Pharmacy, who said: "We may survive the first set of – in-year – cuts by compromising on our services.

"But the second set of cuts next April will most definitely place us at a real risk of closure."

Health minister Philip Dunne confirmed that the average pharmacy in England will see a reduction in taxpayer subsidy of Ł16,000 a year.

The minister said that state funding for pharmacies represented "the only fixed taxpayer subsidy that I am aware of that is paid to private businesses up and down retail high streets in England".

Mr Dunne accused Labour MPs of scaremongering and claimed that the Government's reforms would lead to "a community pharmacy sector that is more efficient and better integrated with the rest of the healthcare system".