Could tolls be levied on Thames bridges from SE1 to Square Mile?

The City of London Corporation has suggested that motorists crossing the Thames bridges between Southwark and the Square Mile could be charged a toll in a bid to reduce traffic congestion. 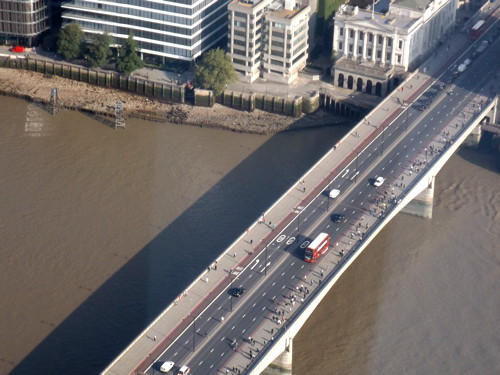 The measure is one of a number to be discussed at a meeting of the City's Streets and Walkways Sub-Committee at the Guildhall this week.

On the tolling of river crossings, a report on traffic congestion in the Square Mile by Steve Presland, the City's transportation & public realm director, has this to say:

"Clearly a strategic issue for London but a real opportunity to generate income to offset escalating highway maintenance costs if the City of London receives all or some of the monies collected.

"At this stage it is understood that tolling could be delivered by extending our camera network and use of automatic number plate recognition."

There are three Thames road bridges which link the Square Mile and SE1: Blackfriars Bridge, Southwark Bridge and London Bridge.

Together with the Millennium Bridge and Tower Bridge (which has its northern end in Tower Hamlets), those bridges are maintained by Bridge House Estates, an ancient City charity which distributes Ł20 million a year of surplus funds not needed for bridge maintenance to good causes in London.

The suggestion of a toll is nothing new: Blackfriars Bridge, Southwark Bridge and London Bridge have all been toll bridges at different times in their history.