This week St John's Waterloo will be the subject of a church court hearing as it defends its plans to modify its historic building to meet the area's changing needs. The vicar, Canon Giles Goddard, talks about The Bridge at Waterloo. 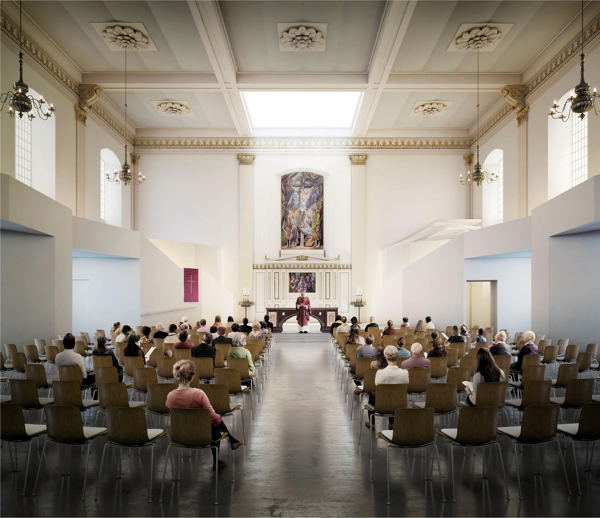 The Diocese of Southwark's consistory court will hold a four-day hearing at St John's Waterloo this week after the Twentieth Century Society objected to the parish's plans to remodel the building.

The church's current interior layout dates from the 1951 Festival of Britain on the South Bank.

A few weeks ago the vicar of Waterloo, Canon Giles Goddard, talked to us about The Bridge at Waterloo, the Ł3.5 million scheme to renew the building and help local people gain work in the arts and heritage.

Hear the full interview below, which covers: