The latest in a series of public art installations on the hoardings next to Southwark Underground Station has been unveiled. 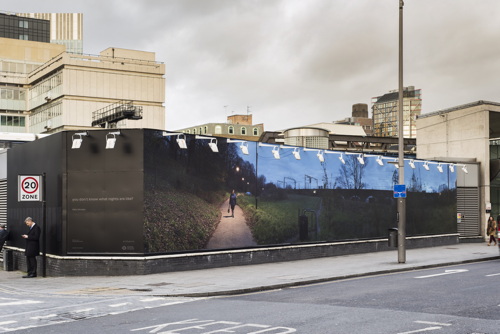 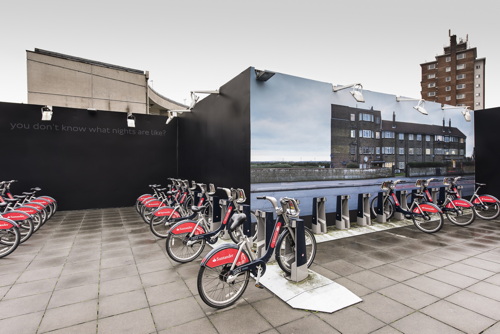 To coincide with the launch of the Night Tube, Transport for London's Art on the Underground project commissioned the piece by Iranian-born artist Mitra Tabrizian, titled 'you don't know what nights are like?'

The work features two large scale photographic works displayed on the hoardings on The Cut and Blackfriars Road..

Mitra Tabrizian said: "I wanted to focus on the night-time workers, and the effect that working long hours has on their lives. Some have been working 12 hour shifts for 16 years. Fragments of the interviews are used to depict 'interiority', interior emotional states of the individuals who are living on the margins, running the infrastructure of the city, and yet remaining invisible."

Eleanor Pinfield, head of Art on the Underground, said: "At Southwark station, Art on the Underground has the opportunity to show work on a grand scale, and Mitra Tabrizian has taken that challenge with two sublime large scale works. Starring out across the city, 'you don't know what nights are like?' is a complex work that addresses urban life today.

"Mitra has listened to the experiences of people who work at night, and conjured an emotional state through photography."

The new artwork takes the place of Richard Wentworth's installation If history could be folded, where would you put the crease? which had occupied the hoardings since summer 2014.