Two police officers have been awarded commendations by the chief constable of the British Transport Police for their part in saving the life of a woman who had taken a heroin overdose at Waterloo Station. 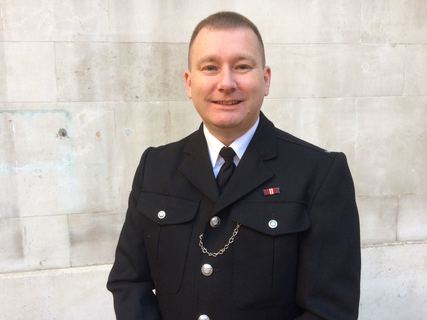 For PC Dean Pinnell and PC Sarah Willcox-Jones were patrolling Waterloo Station on the evening of Wednesday 9 March 2016.

PC Pinnell said: "We had been patrolling on the upper level of the station when all of a sudden we heard screaming down below.

"Our initial thoughts were that it was some sort of a disturbance or fight, we ran down the stairs to find a man cradling a woman, who seemed to be his partner.

"She was unconscious and had turned grey and her lips were blue."

Close to where the officers found the couple, PC Pinnell had spotted a syringe.

Straight away he covered the syringe with his hat in order to protect any evidence, but also to safeguard members of the public who were travelling through the station at the time.

"My colleague quickly established that the woman wasn't breathing so she started compressions while I started mouth-to-mouth," said PC Pinnell.

"We'd called the ambulance which arrived within five to eight minutes. The paramedics took over and managed to revive the woman, who appeared to have taken a heroin overdose."

The ambulance crew said that the prompt intervention and CPR carried out by the officers had saved the woman's life.

They were awarded the Chief Constable's Commendation at a special ceremony on Friday.

PC Pinnell, who now has three Chief Constable Commendations, said: "All my awards would not have been possible without the help and enthusiasm of my colleagues. It all comes down to team work because this job would not be possible if team work wasn't at the centre of it."

The 45-year-old, who is from Lancing and based at East Croydon, joined the service nine years ago because he wanted to make a difference and nine years on he says he would still recommend the job to anyone who is interested in joining the police.

PC Pinnell said: "I will always say that policing is being in the right place at the right time."

PC Willcox-Jones has also been awarded a commendation but was unable to attend the ceremony.