A 14-storey tower featuring 'coliving' accommodation with private bedrooms and communal amenities has been proposed for a site in Long Lane. 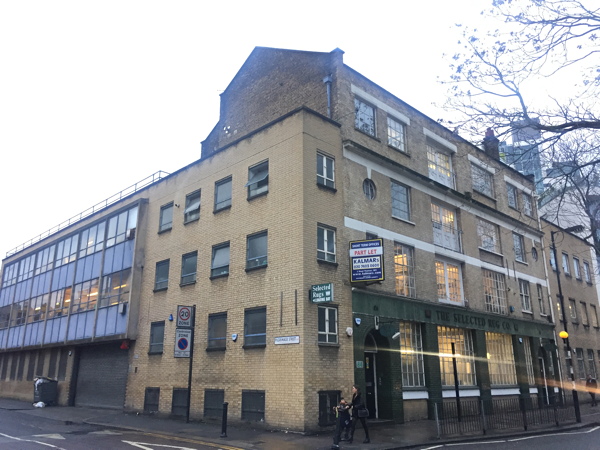 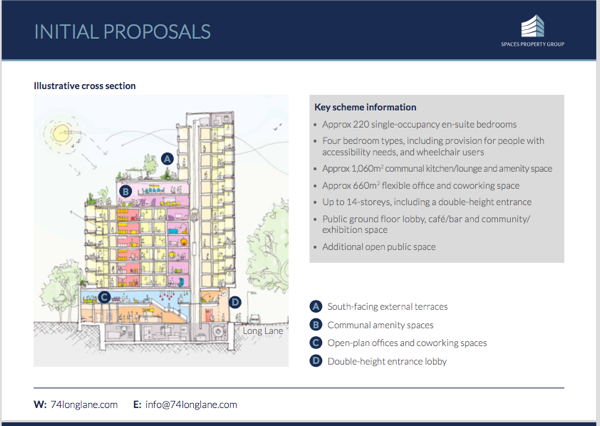 The firm has enlisted Make architects to design the 14-storey building which will include around 220 bedrooms as well as shared amenities such as kitchens, lounges and laundries.

It adds that "responding to the rising costs of the traditional rental market, coliving is growing in London and the world’s major cities, allowing young professionals to live in the heart of the cities they work and socialise in".

Spaces Property Group is run by entrepreneur Shazz Bhunnoo who rents out a portfolio of serviced apartments in SE1 under the 'Spaces Urban Living' and 'Spaces Short Stays' brands.

The existing building at 74 Long Lane was recently used by CoLab Theatre for its immersive production Hunted. Armed police rushed to the building after neighbours reported gunfire.

More details of the proposals can be found at http://74longlane.com