A planning inspector will have the final say on plans for an 11-storey office block in Long Lane after the developer exercised their right to lodge an appeal when Southwark Council failed to make a decision within 13 weeks. 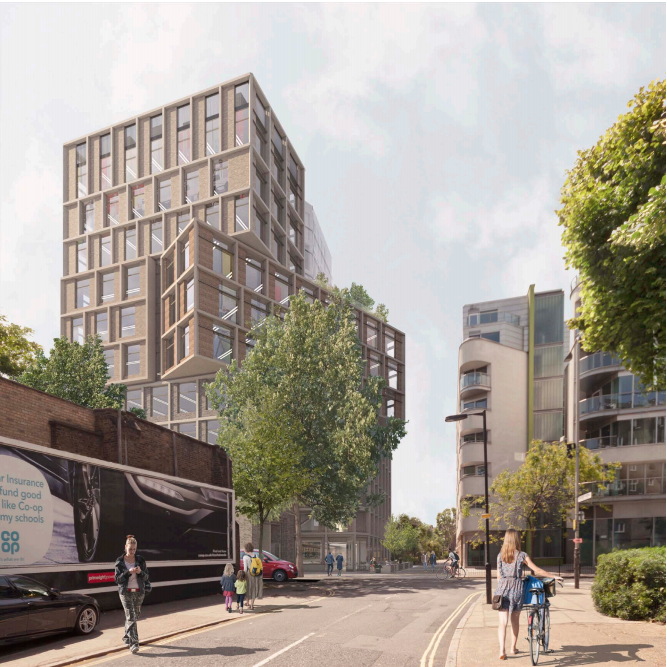 We reported back in February on KCN Land's plans for an 11-storey office block – designed by Panter Hudspith – to replace the former Selected Rug Co building at the corner of Long Lane and Pilgrimage Street.

With the statutory 13-week period for determining a planning application expiring on 20 April, the developer has now exercised its right to lodge an appeal with the Planning Inspectorate, taking the decision out of Southwark Council's hands.

According to the appeal documents, council planners were minded to recommend refusal of the application due to concerns about its height, scale and massing.

The council and developer are at odds as to whether the building should be described as a 10-storey or 11-storey block, depending on whether the mezzanine within the double-height ground floor space is counted as a floor in its own right.

KCN Land argues that the existing building is "very ordinary in appearance" and there can be no objection to its demolition.

"The aspiration for the site is to provide a high-quality office building which responds to the diverse and varied context of the local area which encompasses Georgian and early Victorian streets and squares, the London Leather Market, Borough High Street and London Bridge," says architect Simon Hudspith.

"The design has been informed from the outset by daylight and sunlight modelling to respond to the neighbouring residential buildings, combined with a rich architectural language complementing the diverse context and giving the building familiar, human scale."