Police officers from across the UK gathered at Southwark Cathedral on Monday afternoon for the funeral of PC Keith Palmer. 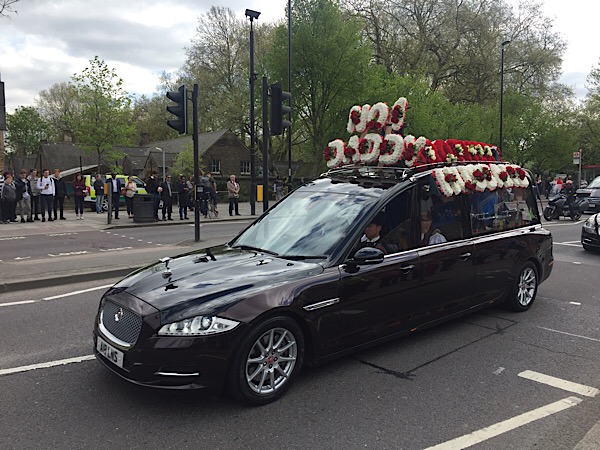 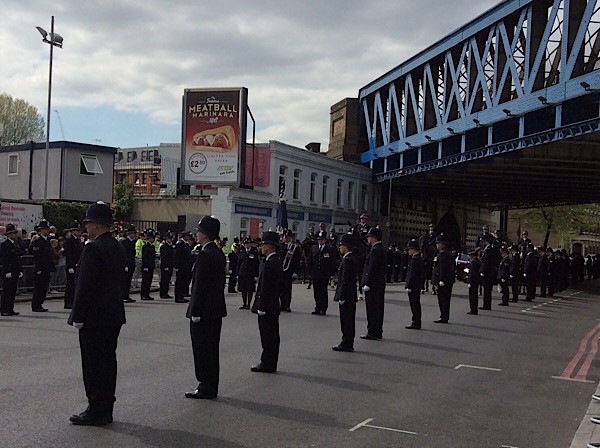 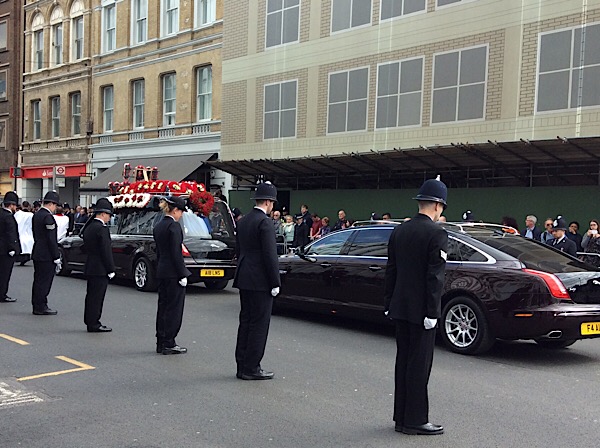 PC Palmer was killed on Wednesday 22 March when Khalid Masood drove across Westminster Bridge at high speed before attacking the police constable with a knife.

Staff from St Thomas' Hospital and the London Ambulance Service gathered in Lambeth Palace Road to watch the cortege drive by.

On Southwark Street the procession was joined by an escort from the Met's mounted branch.

On the River Thames the police's marine support unit was joined by London's two fire boats and vessels from the RNLI and the Port of London Authority to form a flotilla in tribute to PC Palmer.

At Southwark Cathedral the congregation was greeted by the Very Revd Andrew Nunn, Dean of Southwark.

In his sermon, the Dean said: "Keith laid down his life for each one of us here, and each one of you who've lined the streets and filled the bridges of this city today, who kept vigil last night, who gathered in the Abbey last week, who laid flowers on Westminster Bridge and in Parliament Square, who've posted messages on social media, all who cried in front of their TVs, who listened in disbelief to their radios – we are those friends, known and unknown."

Prayers were led by Revd Jonathan Osborne, senior chaplain to the Metropolitan Police.

The commendation and farewell were led by the Rt Revd Christopher Chessun, Bishop of Southwark.

After the service the Bishop of Southwark said: "We are privileged to have been asked to host the service for Keith who showed the ultimate commitment to his duty and was a much loved husband, father and friend.

"Our thoughts and prayers are with his family, friends and colleagues."

Revd Rose Hudson-Wilkin, chaplain to the Speaker of the House of Commons, also took part in the service.

A major security operation was mounted for the funeral, with roads around Bankside and the Borough closed from the early hours of Monday morning.

Borough Market closed for the day to allow screens to be set up for mourners not able to get into the cathedral to follow the service.

The funeral was arranged by Bermondsey-based FA Albin & Sons.

On Sunday afternoon Southwark Cathedral's bellringers attempted a half-muffled quarter peal as a mark of respect to PC Palmer.