Southwark Police have lodged an application to have the licence of the Charlie Chaplin pub at the Elephant & Castle suspended by the council after two customers were stabbed on Saturday night. 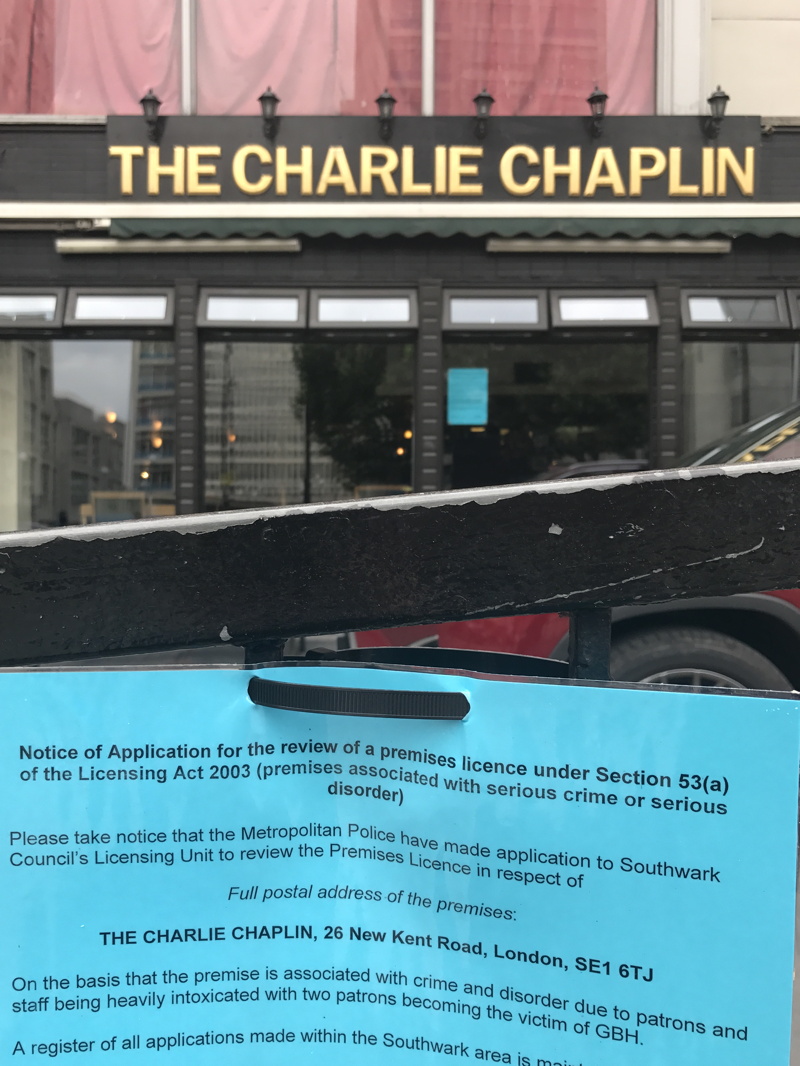 According to the public notice displayed outside the pub on New Kent Road, police have lodged the application "on the basis that the premises is associated with crime and disorder due to patrons and staff being heavily intoxicated with two patrons becoming the victim of GBH".

Southwark councillors met on Thursday morning to decide whether to suspend the licence pending a full review next month.

In a more detailed submission to the council, the police reported that they were called to the pub at 11.30pm on Saturday night after two men were stabbed with a knife the alleged assailant had obtained from behind the bar counter.

The suspect ran away along New Kent Road and no-one has been arrested.

The Charlie Chaplin's premises licence was last reviewed by councillors just over a year ago after a drunk customer smashed the front window of the pub.

The pub will be demolished if plans to redevelop the Elephant & Castle Shopping Centre get the go-ahead.

Charlie Chaplin himself visited the pub in 1972.

• A Southwark licensing sub-committee is due to consider the full review of the licence on Tuesday 18 July at 10am.