Bermondsey & Old Southwark MP Neil Coyle has praised the "second to none" community spirit of London Bridge after the recent terror attack as he pressed the home secretary for more funding for the NHS and police. 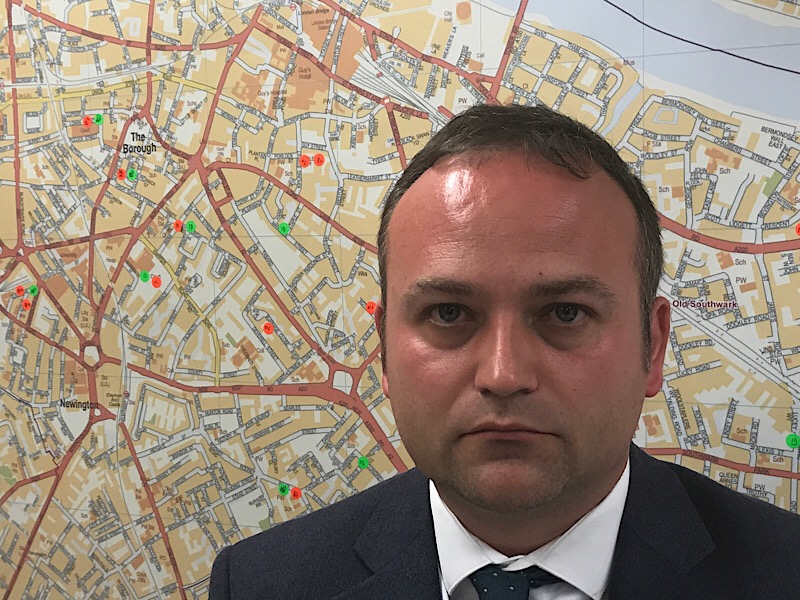 Mr Coyle questioned home secretary Amber Rudd in the Commons on Thursday after her statement on the recent terrorist attacks in London.

Ms Rudd said: "In Borough Market, I recently saw stallholders dishing olives out into plastic pots, shoppers searching for delicious treats and tourists flicking through guidebooks in the shadow of the Shard.

"Rather than being divided by recent violence, people seemed even closer together. We should follow the example of the traders and the shoppers of Borough Market.

"Terrorists want us to fear and to turn on one another, but we will never give terrorists what they want. We will stand together, and we will make the point that terrorists will never win, and that our values, our country and our unity will prevail."

Speaking about Borough Market, Mr Coyle said: "The horrific attack there was met with a community spirit, business action and police and NHS responses that were truly second to none. This makes me even prouder to be re-elected to serve the area.

"The home secretary has said again today that the terrorists will never win, but that will require more action.

"How are the Government ensuring that tourist and leisure hotspots such as Borough Market are better protected? What budget is being made available to fit barriers and bollards to protect civilians?

"How will the Government ensure that the NHS is not a victim of major incidents? Southwark hospitals are struggling financially, so what additional budgets are being made available to ensure that their tremendous efforts are covered?

"How are the Government going to ensure that the police have not just the numbers but the resources and powers to prevent atrocities and to act when they occur?

"This short, brutal attack at Borough Market was over quite quickly, but the market remained closed for over a week, costing some of the small traders tens of thousands of pounds. What are the Government doing to make insurance companies pay out on their business interruption clauses, given that some are, outrageously, withholding payment?"

Amber Rudd replied: "May I say how much I enjoyed my recent visit to Borough Market? It was a pleasure to see it so vibrant and active, and I hope that people will show their support by continuing to visit or by shopping there for the first time.

"We have put additional resources into the security services and will continue to do that, and additional money is going into the armed police uplifts. It is essential that we wait for the review to happen, rather than rush in now, so that we can find out where we have holes and where we should be putting in additional support.

"After the memorial ceremony at Southwark Cathedral, I met some of those who had been at the hospital in Southwark, and it was a great honour and privilege to speak to them and to hear about the fantastic work that they have done."