Service of Hope for Borough community after London Bridge attack

Borough Market traders, community representatives and local residents gathered at Southwark Cathedral on Friday for a 'Service of Hope' nearly three weeks after the terrorist attack that left eight people dead and closed down the market for 10 days. 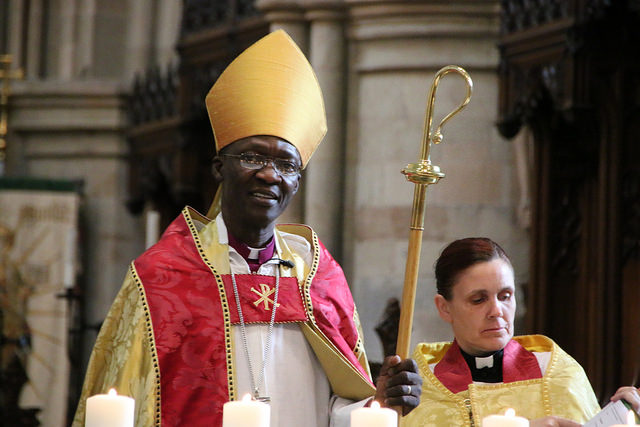 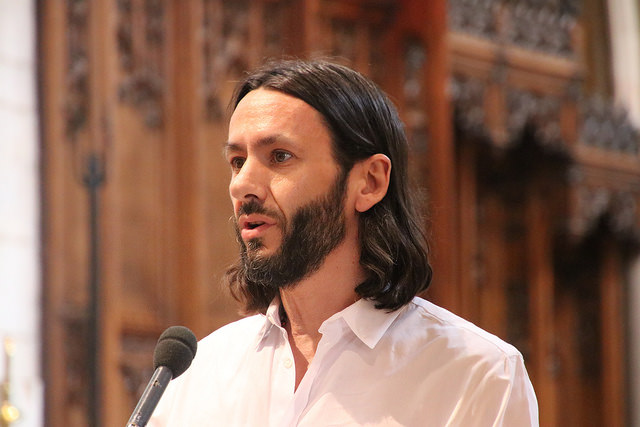 Matt Jones from Bread Ahead read the first lesson (photo: Diocese of Southwark) 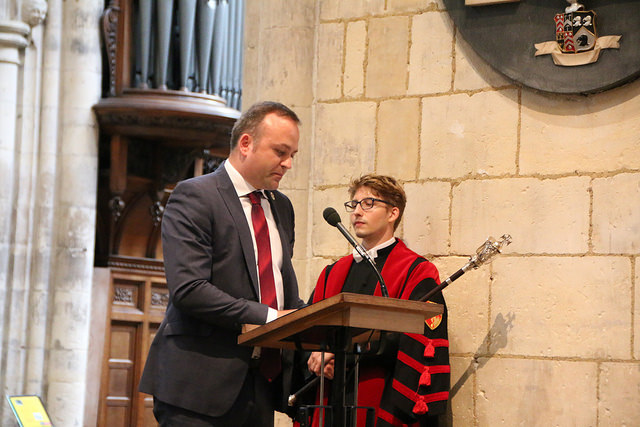 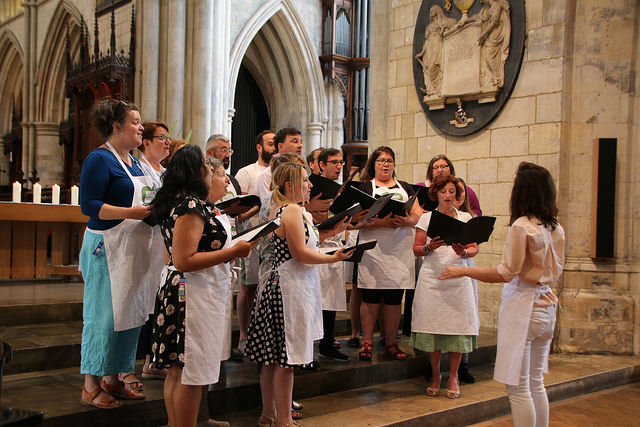 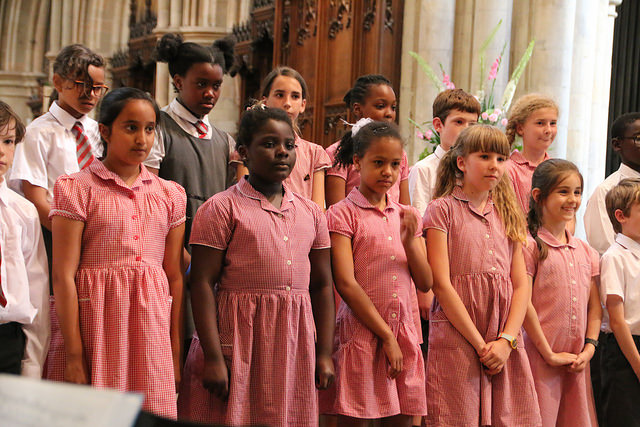 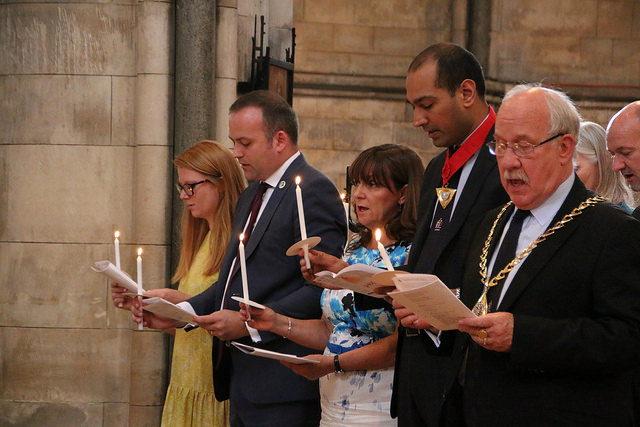 "We are pleased to have been able to offer this service of hope to the local community as it seeks to recover and rebuild following the events of the evening of 3 June," said Canon Michael Rawson, the cathedral's sub dean.

"We hope that the candles which have been lit here today can be a sign of hope for the future, reminding us all that light will overcome darkness."

Friday's service followed from the national service held a week earlier in the presence of the Countess of Wessex.

At this week's service Matt Jones from the Bread Ahead bakery read the first lesson. The second lesson was read by Neil Coyle MP.

The Bishop of Woolwich, the Rt Revd Karowei Dorgu, led an act of remembrance and commitment. He was joined by representatives of other faith communities including members of Harper Road mosque and the Brotherhood of the Cross and Star.

They stood at the altar on which eight candles – one representing each of those killed in the terrorist attack – burned throughout the service.

The choir of Cathedral School and the Borough Market Choir took part in the service.