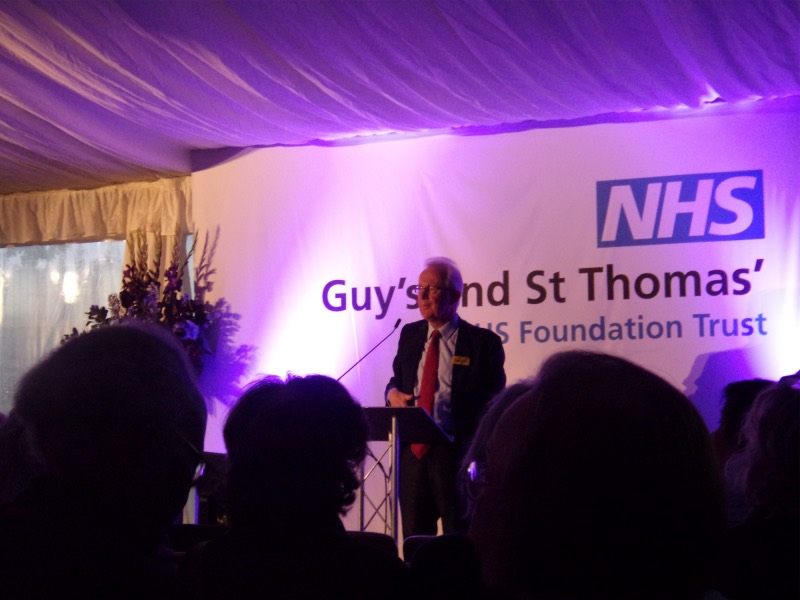 He was speaking at St Thomas' Hospital on Thursday evening at the trust's annual public meeting.

He reminded the audience that during the attacks one member of staff – nurse Kirsty Boden – had tragically died.

Reflecting on the aftermath he said: "Some of the bigotry that there is in society rises to the surface and some of our staff found that challenging."

He added that 112 nationalities had been represented at a staff reception the previous evening which had celebrated their values and diversity.

"We are together in putting our patients first."

New Lead governor Devon Allison said that it had been a tragic year during which staff had responded valiantly.

Chief executive Amanda Pritchard spoke of the "courage and professionalism" of staff displayed at the time and said that with a member of staff killed there was yet to be a feeling of closure.

She also reported that in the past year over 200,000 patients had attended Accident and Emergency. During this period the department was undergoing a rebuilding programme.

Meanwhile more that 6,500 babies had been born in the maternity department.

In responding to a question about the effect of Brexit Sir Hugh said: "We are not complacent. The trust is trying to think through the implications of Brexit."

He said that at least thirteen percent of staff were EU nationals.

Sir Hugh is chair of the NHS Brexit Alliance which he said would be drawing to the Government's attention the implications of Britain leaving the European Union.