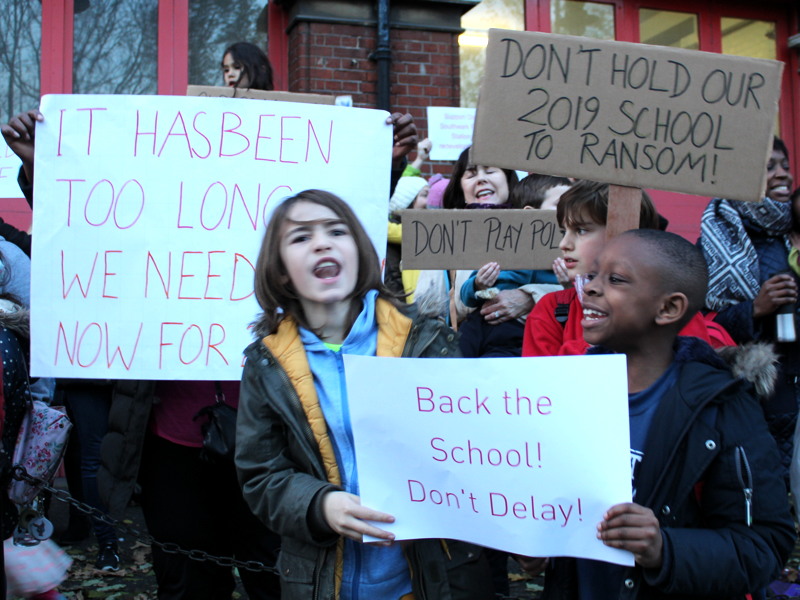 Last month we reported that plans for the redevelopment of the former London Fire Brigade training centre – including the old Southwark Fire Station – had hit a snag with council planners holding out for the inclusion of affordable housing in the scheme alongside the 200 private homes to be built.

A new secondary school – the Haberdashers' Aske's Borough Academy – is a key part of the development but there are fears that the school plan could be delayed or fall through entirely if planning permission is not granted soon.

Local parents and children – supported by lobbyists working for developer Hadston – held a demonstration outside the old fire station on Friday 17 November to voice their concern that the planning wrangle might lead to a delay or cancellation of the new school.

More than 170 people have signed an online petition to the Mayor of London that will be delivered to City Hall next week.

At last week's council assembly meeting Amir Eden, chair of the Bankside Residents' Forum, welcomed the commitment to affordable housing and pressed the council to ensure that the school goes ahead too.

In response, Cllr Mark Williams, cabinet member for regeneration and new homes, said: "The council is absolutely committed to getting this school built."

He said: "We're committed to doing everything we can to get this planning committee in January with a recommendation for approval.

• Full audio of the exchange between Amir Eden and Cllr Williams is available on this page.