The Archbishop of Canterbury has performed the ground-breaking ceremony to mark the start of work on a new building to house the Lambeth Palace Library. 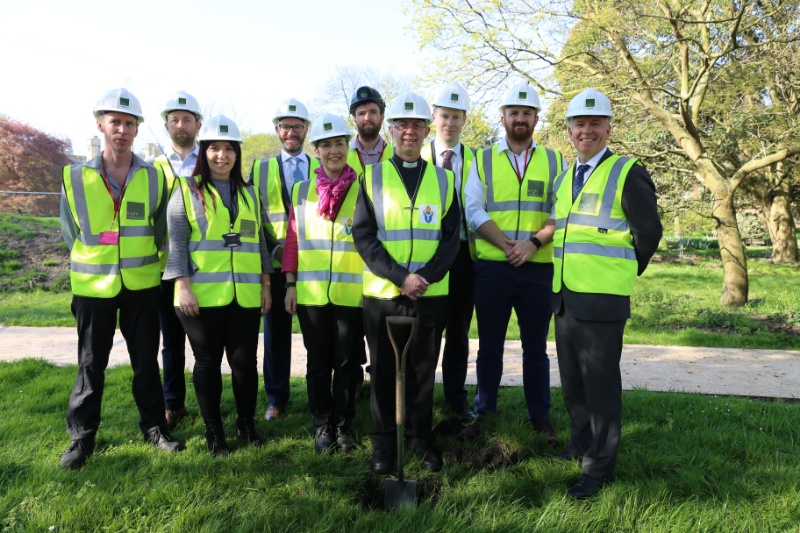 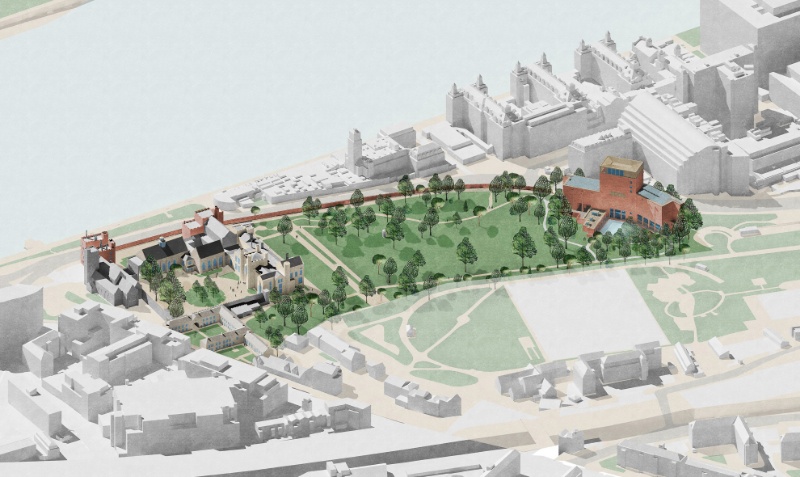 The Most Revd Justin Welby, Archbishop of Canterbury, led the ground-breaking ceremony on the site of the new library at Lambeth Palace on Friday morning.

It's a year since plans for the new building – opposite the Evelina London Children's Hospital on Lambeth Palace Road – were approved by Lambeth Council's planning applications committee.

The collections include more than 5,000 volumes of manuscripts and more than 200,000 printed books, along with nearly 10,000 linear metres of archives.

They are currently housed in largely medieval Lambeth Palace buildings and in the Church of England Record Centre warehouse in Bermondsey, buildings which are not suitable for the modern day, state of the art archiving and preservation process required for a collection of this importance.

Archbishop Welby said: "This is an incredibly exciting moment. It marks the beginning of making sure that what the head of the National Archives described as "the second most important ancient library in Europe" – not just in the UK – gets a proper home: a home where it can be looked after, and where scholars can come and it can be used properly."

The Archbishop said the library's collection "tells us a huge amount about the history of the nation, particularly in the pre-Reformation period. And it testifies to generation after generation of disciples who loved and followed Jesus Christ. That speaks volumes about the centrality of faith in the life of the nation over its history."

Declan Kelly, Lambeth Palace Library director of libraries and archives, said: "The new building means the Library can expand and enhance its mission to support the work of the Archbishop and the wider church. We will be able to not only protect and preserve the collections but provide greater access to them than ever before.

"It will also be a space which can be used by and for the Church to promote the Christian message and raise the profile of our Christian heritage as seen through the collections."

The new specialist building, in the grounds of Lambeth Palace, is expected to be completed and open to the public by the end of 2020. It will be designed to be as carbon neutral as possible. It will be the first new building on the site for over a century.

• The gardens of Lambeth Palace are open to the public on the first Friday of the month from April to September. In addition, the North Lambeth Parish Fete takes place in the gardens on Saturday 30 June.