The 400th anniversary of the Lambeth Palace Library is being marked by an exhibition of its little-known national treasures. 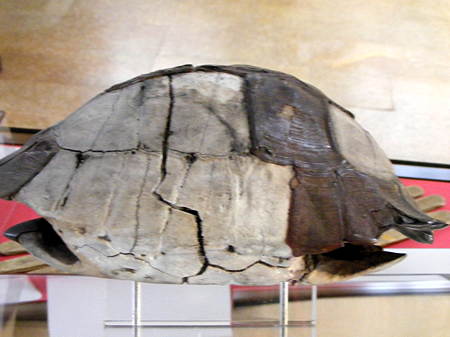 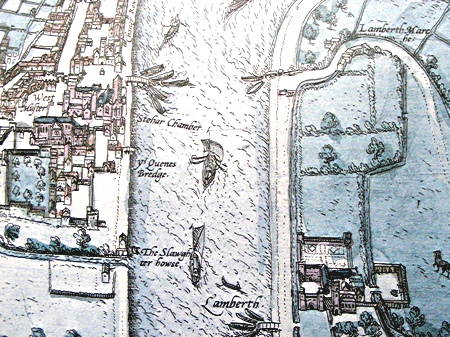 "If you live locally and have always wondered what is kept in that large pointed-roof room over the long wall along Lambeth Place Road, do please accept my invitation to come and enjoy some of the highlights of the treasures from our historic collection," says the Archbishop of Canterbury Rowan Williams.

In 1610 his predecessor Richard Bancroft bequeathed his books, once described as a theological arsenal, to Lambeth "for ever". Others have added their books and now the library even includes the Court of Arches papers and the Mothers Union archives. There are also items on show from Sion College Library which was at the north end of Blackfriars Bridge until 1996.

Bankcroft was the "chief overseer" of the King James Bible but on show is not only the earlier Gutenberg Bible dated 1455 but much older books.

Here too are the autographs of Elizabeth I and Christopher Wren. The latter appears on the commission for St Paul's Cathedral.

Basilika, the works of Charles the Martyr, remains as Samuel Pepys saw it when in 1700 he reluctantly braved the "chilly riverside air" to drop in. The librarian, who had a fire lit for him, had declined to loan the new book maybe knowing it was valuable.

A photograph shows that in 1867 as many as 76 bishops came to the very first Lambeth Conference. The largest overseas group was American. One English bishop was missing having placed himself under a cloud by marrying his housekeeper.

Bound letters feature from every age. Before the invention of printing some are handcopied by the author. Thomas Abell's long defence of Henry VIII's marriage to Katharine of Aragon is printed although the King has scribbled his own views in the margin.

Years of controversy are recorded by the library but not just with books. Objects include a Popish Plot souvenir dagger.

Displayed in a glass case is the cracked shell of Archbishop Laud's tortoise which was given to him in 1633. The animal survived his master's execution in 1644 and nine primates and eight reigns later he was still living in the vast Lambeth Palace garden which then included today's Archbishop's Park. In the winter of 1753 a gardener moving compost put his fork into the hibernating tortoise and unwittingly broke the link with early Stuart London.

Banners around the great hall include some old Lambeth prints and palace history. When Archbishop William Howley restored the buildings in 1829 he shopped locally. Reproduced is the bill for rope from T. Van and Son of Tooley Street who are described as 'Stationers, Rag Merchants and Chandlers'.

The Lambeth Palace Library souvenir book, which accompanies the exhibition, is the first to document the library's treasures and has reproductions of pictures not on show as well as further background information.

• Treasures of Lambeth Palace Library runs from 17 May to 23 July.

• There are further opportunities to visit the palace gardens this summer under the NGS Yellow Book arrangements and at the North Lambeth Parish Fete.