A cafe's plans to chop down a tall poplar tree next to Tower Bridge have been thwarted after Southwark Council issued a tree protection order. 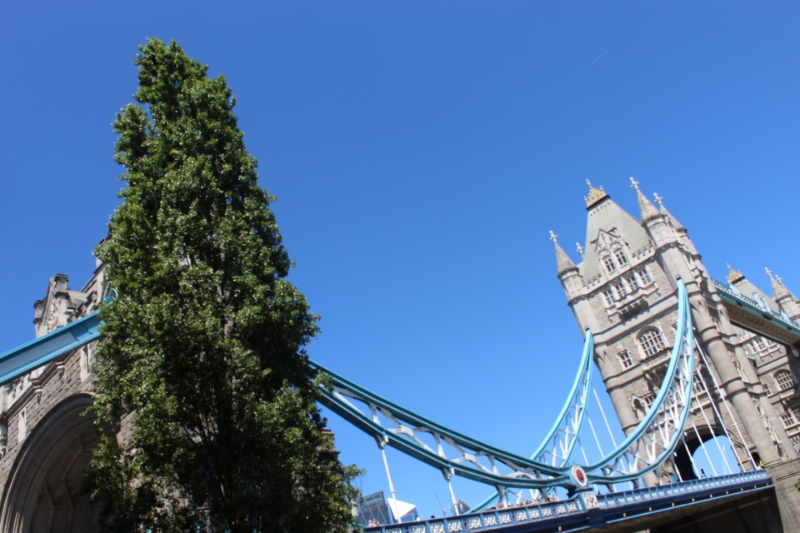 We reported last month that The Vault cafe had notified Southwark Council of its intention to chop down the 18-metre tree at Portland Wharf next to Tower Bridge.

The Vault cafe's owners argued that the tree's roots had damaged paving on Portland Wharf and that there was a risk to the public from falling branches in high winds.

The council received 40 representations arguing that the tree should remain, including one from the Shad Thames Residents' Association who said: "... we would strongly object to having this mature and majestic tree felled from our street based on an application short on facts and evidence".

Southwark's urban forester Oliver Stutter has described the tree as "a large semi mature specimen which complements the architectural form of the adjacent grade I listed Tower Bridge and [serves] as a gateway to the conservation area".

He added that "no information has been provided to adequately substantiate the need for removal".

Mr Stutter's report also notes that the tree is in good health and may reasonably be expected to remain for a considerable length of time.

A TPO makes it an offence to cut down, top, lop, uproot, wilfully damage or wilfully destroy a tree protected by that order without the council's permission.

A provisional TPO has effect for six months after which a council must either confirm the order or allow it to lapse.