Historic England is assessing an application to give listed building status to the Elephant & Castle Shopping Centre, one of the UK's first indoor shopping malls. 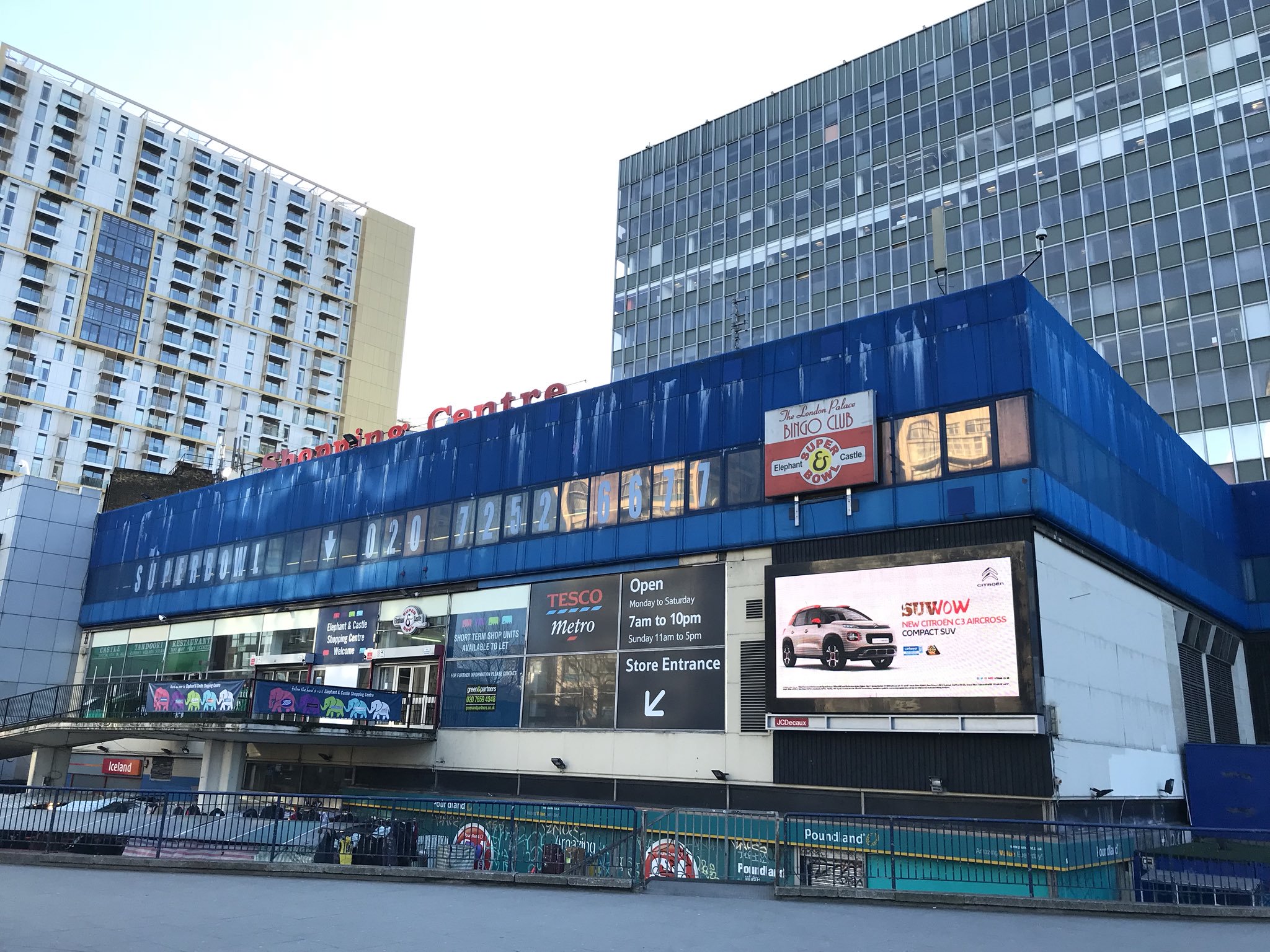 News of the application to have the Elephant & Castle Shopping Centre listed comes in the report prepared by council officers for Tuesday's crucial Southwark planning committee meeting which will decide on Delancey's controversial redevelopment plans for the centre.

It is not known at this stage who has made the application to Historic England, but the report notes that Delancey has in response applied for a certificate of immunity from listing to prevent the centre being designated as a historic building.

Decisions on whether to list a building as being of special architectural or historic interest are ultimately made by the secretary of state for digital, culture, media and sport on the advice of Historic England.

The Elephant & Castle Shopping Centre was one of the first American-style shopping malls to be built in the UK.

When it opened in 1965, The Times welcomed the novelty: "an Elephant & Castle type of precinct has everything to commend it," gushed the paper's editorial column.

"To be able to stroll round the shops without fear of the passing cars, to pause without the inevitable jostling, even to make a casual remark to one's wife without need of an ungallant bawl: such luxuries would not be unique in Britain, but they are still a novelty in the age of the affluent society."

In 1967 the Mayor of Southwark penned a message to celebrate the centre's second birthday: "... visitors from all over the world now put the shopping centre high on the list of places to visit alongside the Houses of Parliament and the Tower of London".

It is not the first time that listing of the shopping centre has been proposed. A similar bid was made a decade ago without success.

More recently the idea that the centre should be listed was mooted in a Financial Times article in 2016.

If the Delancey scheme is approved The Coronet – which was previously assessed for listing but rejected – will also be demolished.

• Southwark's planning committee meeting starts at 6.30pm on Tuesday and is due to be webcast on the council's YouTube channel. Follow @SE1 on Twitter for the latest news and analysis on the night.