A 15-metre work of art at the high altar of Southwark Cathedral in the latest of a series of contemporary art installations to mark the season of Lent. 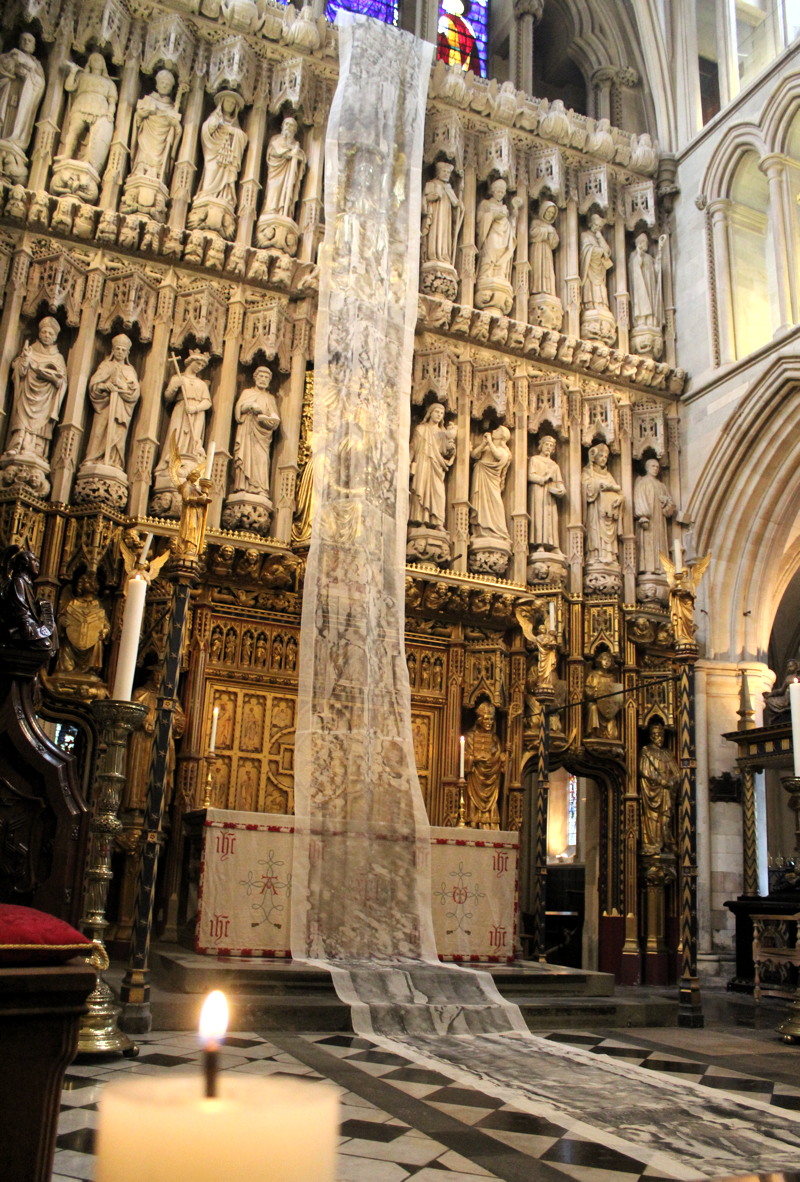 Southwark Cathedral's tradition of marking the season of Lent with contemporary art installations began in 2012.

The latest piece is by Alison Clark who was artist-in-residence at the cathedral in 2018, at the time of the first anniversary of the London Bridge terrorist attack.

During this period she created a specially commissioned installation of prints taken from places in the cathedral worn and damaged when the security services broke in and searched the building in the immediate aftermath of the nearby terrorist attack.

Footfall – which is on display until Good Friday 19 April – is a counterbalance to this earlier work, focusing attention on traces of worship and pilgrimage rather than damage.

The prints used in Footfall are taken from the stones on the floor of the retrochoir, one of the oldest parts of the building.

"We are delighted that Alison has been able to create this installation for us," said Very Revd Andrew Nunn, Dean of Southwark.

"Over the centuries Southwark Cathedral has welcomed millions of people and they have left their mark. We can find the evidence of their footprints in worn stone, in steps sculpted by use, in memorial inscriptions wearing smooth as though our dead are disappearing from memory.

"Alison Clark in her Lent installation for this year has captured the evidence in the prints of the prints she has made. They cascade from the High Altar screen, a footpath for our footsteps."

Alison Clark said: "Footfall both hides and reveals. The piece is composed of 15 metres of printmaking on scrim, made in situ in the oldest part of the cathedral and then hand-stitched.

"The delicate weave veils the gilded figure of the Risen Christ for the 40 days of Lent whilst making visible the signs of those who have come before to worship Him in this place."