Some Elephant & Castle traders get new space - but is it enough?

New retail space has been offered to 36 businesses set to be displaced from the Elephant & Castle shopping centre and market – but campaigners say that many traders have been left out of the plans. 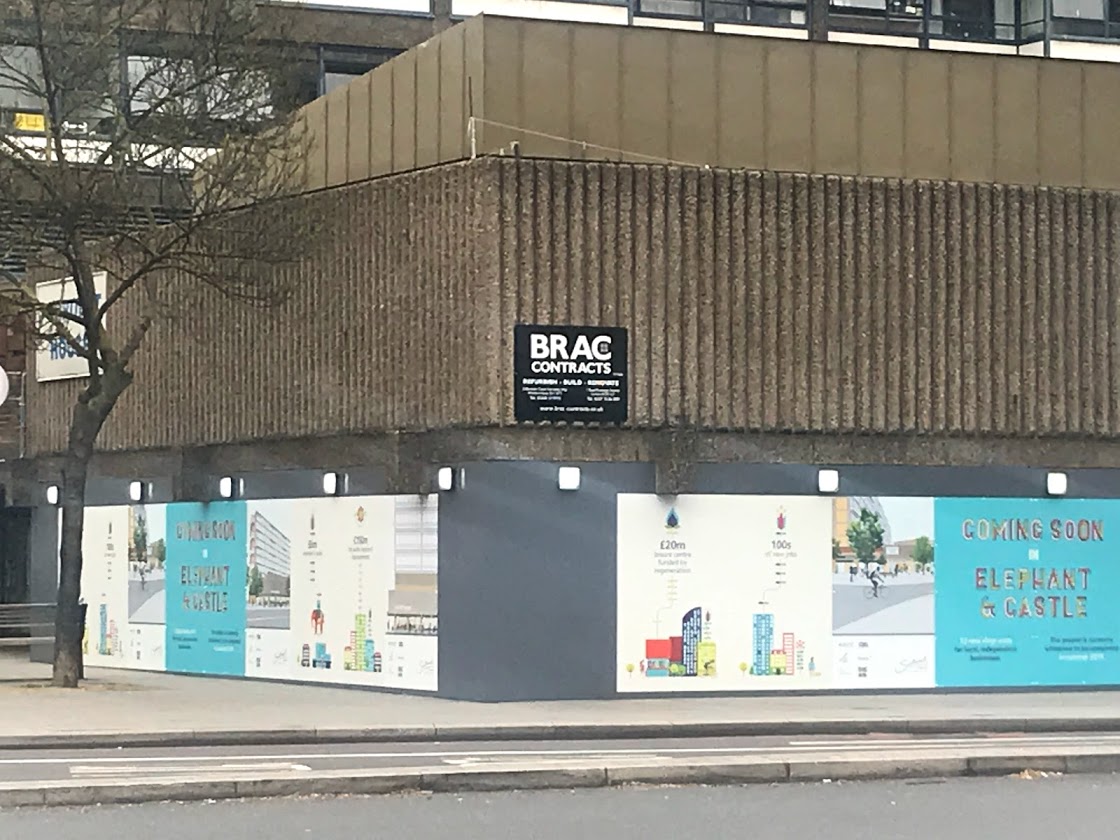 Work started this month on Elephant Arcade at Perronet House

Developer Delancey plans to demolish the 54-year-old shopping centre as part of a scheme to build hundreds of new homes, as well as new premises for the London College of Communication.

Southwark Council and Delancey announced last week that 36 businesses had so far been found new spaces to trade, with some offered spaces in the planned retail hub at Castle Square, some moving into the affordable units reserved for shopping centre traders at the base of the Elephant One building next door, and others opting for space in the 'Elephant Arcade' being created on the ground floor of Perronet House.

But Santiago Peluffo, from Latin Elephant, said there were around 130 small or medium sized businesses around the centre and market, and campaigners had been told there would be enough space for 80 displaced traders in nearby schemes.

'We are shocked to find out only 36 independent traders within the red line were offered affordable units for relocation, when Southwark officers and councillors and developer Delancey promised at planning committee there was enough space to accommodate over 80 displaced traders from the Elephant development," he said.

"We are also very surprised and sceptical of the claim by Southwark that only 79 small independent businesses were eligible for relocation when the council themselves acknowledged 130 small to medium enterprises within the red line less than two years ago," he added.

"I'm delighted the council has been able to provide the new units at Perronet House and it's good to see Delancey allocating affordable units to shopping centre traders too.

"The priority now is to find homes for the remaining businesses. I'm determined to make sure they get the support they need, so we can keep and grow Elephant's fantastic mix of independent traders."

Southwark will keep working with market traders interested in moving to other local pitches.

The shopping centre is still open for business with no closure date announced.