A planning inspector has begun a public inquiry into a proposal for a 150-bedroom student residence in Ewer Street. 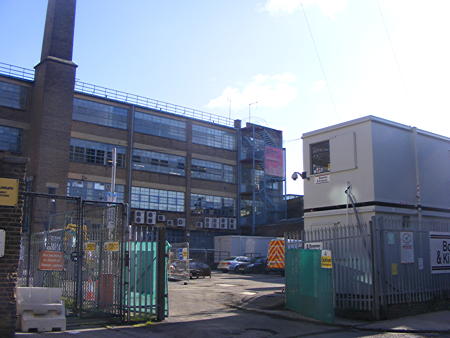 We first reported on the plans for the site, which is currently a car park, last December soon after Workspace Group had sold the land for £4.25 million.

Developers UKSA Ewer Street SARL launched an appeal after Southwark Council failed to make a decision on the application within the statutory three-month time limit.

The two-day inquiry will focus on whether Southwark's recently adopted policy – which calls for affordable housing to be provided in connection with developments of student accommodation – should be applied to this scheme.

Russell Harris QC, representing the appellant, told the inquiry that the council's insistence on a financial contribution to affordable housing was "unviable and out of proportion".

He said that his client's development would meet a "significant need" for student accommodation in Southwark and London.

Mr Harris argued that the council had failed to adopt a robust mechanism for establishing whether a development of student residences should provide affordable housing, and if so, how much.

He said that the council's draft supplementary planning document on affordable housing was flawed and would require "wholesale redrafting before adoption".

He pointed to the council's own decision on 'The Quill' in St Thomas Street where the planning committee had agreed that it was not reasonable to expect the developer to provide affordable housing in the absence of an agreed mechanism for implementing the borough's planning policy.

He also referred to the decision by planning inspector John Papworth after last year's inquiry into a proposed development at 200 Great Dover Street. Mr Papworth found that "it does not appear appropriate to attach adverse weight to the lack of affordable housing" due to the absence of a fully fleshed out policy.

Mr Harris said that if the inspector in this case was to find that a contribution to affordable housing was justified, the maximum that the developer could afford would be £550,000.

Southwark Council's lawyer reminded the inquiry that there is "an acute need for affordable housing" in the borough.

He said that the council's own viability assessment showed that the developer could afford to make a payment of £2.9 million for affordable housing without rendering the scheme unviable.

The inquiry also heard from Winchester Estate resident Una Devine who alleged that Southwark Council had failed to carry out proper consultation on the planning application.