At Thursday's Mayor's Question Time meeting London Assembly member Florence Eshalomi AM MP raised the plight of South Bank businesses in the wake of the outbreak of the COVID-19 virus. 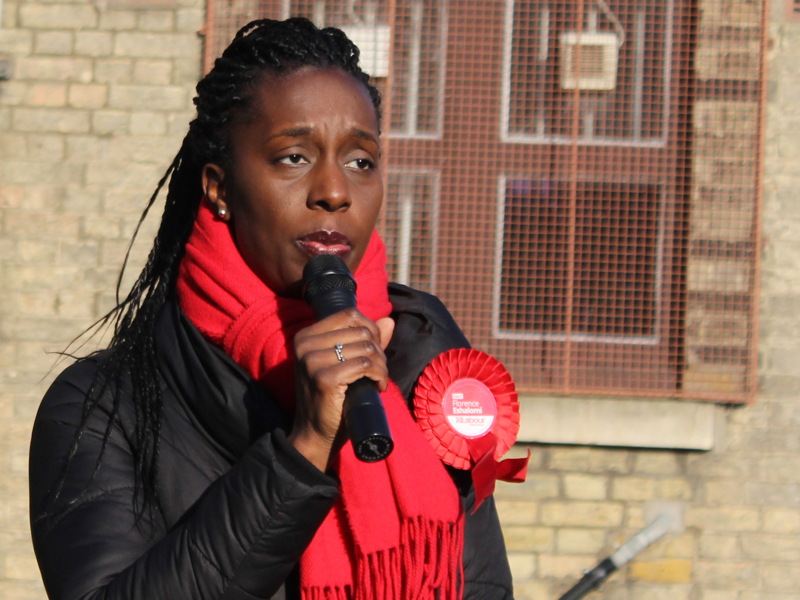 Ms Eshalomi has highlighted the financial difficulties that businesses in the cultural, hospitality and retail sectors will be facing in the coming months.

Earlier in the week – in her other role as MP for Vauxhall – she raised similar issues on the floor of the House of Commons.

In response to her City Hall question, Mayor of London Sadiq Khan said that it was vital that plans are put in place in the coming weeks that will help to "engender an Olympic spirit" in relation to the capital's recovery phase of the Covid-19 pandemic. In the meantime, he called for more Government support for businesses to "pay their bills and pay their staff".

The Mayor also revealed that he has acted to strengthen City Hall's Culture At-Risk office, which has helped to prevent the closure of cultural venues in London over the last few years, alongside putting the groundwork in place for new ones to open.

On Tuesday, the Chancellor of the Exchequer, Rishi Sunak, announced a further £330 billion of economic support for businesses, including the exemption of all businesses in the retail, hospitality and tourism sectors from business rates for a year.

However, Ms Eshalomi has previously raised concerns about how the Government has fallen short of enforcing a mandatory closure of public venues, meaning that businesses will not be able to claim insurance to cover lost footfall and supply issues.

During today's Mayor's Question Time meeting, Sadiq Khan also reiterated that the Government's approach must reflect the fact that businesses in the hospitality sector were already struggling with a dip in tourism and booking, due to the outbreak of Covid-19, in the months leading up the implementation of social distancing guidance.

Florence Eshalomi AM MP, said: "These are extraordinary times, and public health and protections for the most vulnerable in our society must be the top priority.

"The unavoidable knock-on effect of social distancing means that iconic venues along the South Bank such as the London Eye, the National Theatre and the Royal Vauxhall Tavern, to name just a few, are all losing out on vital footfall.

"Where businesses of all sizes in the retail, cultural and hospitality sector should be looking forward to the busier spring and summer months, they are instead facing huge financial difficulties.

"It was positive to receive direct assurances today that the Mayor will continue to lobby and work closely with the Government for more support for businesses and their staff, on top of what has been recently pledged by the Chancellor, during this extremely challenging time."

The postponement of the City Hall elections that had been due to take place in May this year means that Ms Eshalomi will continue to represent all of Lambeth and Southwark on the London Assembly whilst serving as Vauxhall's representative in the Westminster Parliament.