Tennis players returned to the courts in Tanner Street Park on Saturday as Southwark Council unlocked the gates, in line with the latest Government advice. 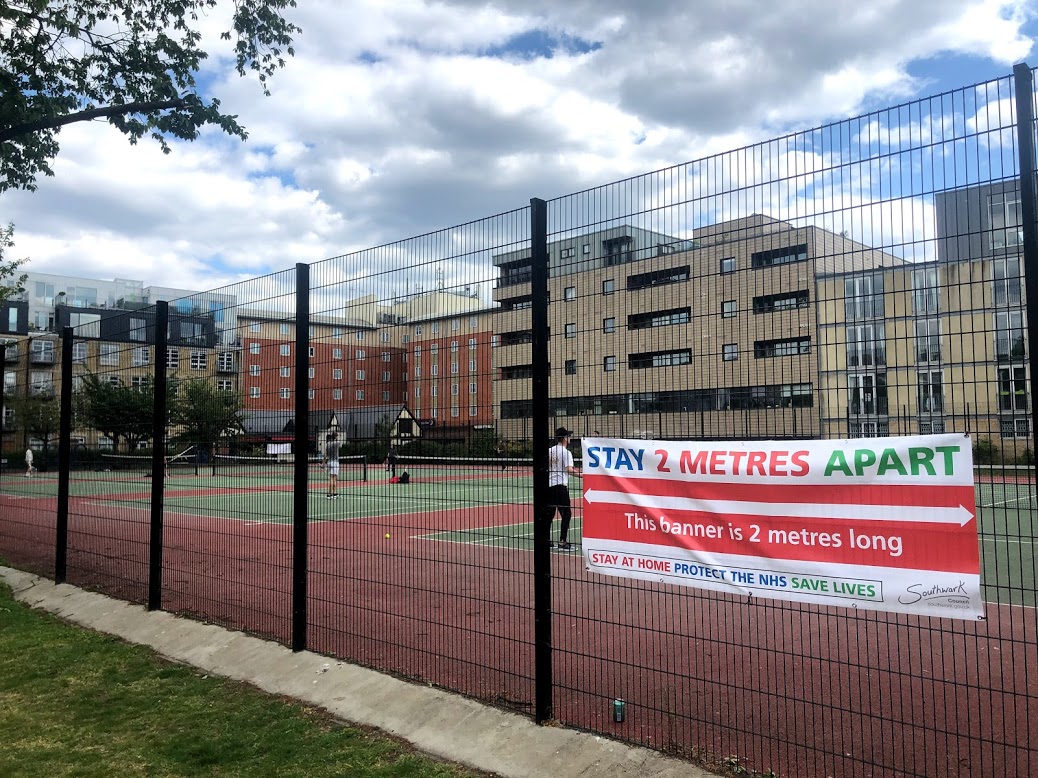 All four courts were in use on Saturday afternoon, the first day of public access for many weeks.

A notice displayed on the gates says: "We have reopened our tennis courts in line with government guidelines, but ask that you stay at home as much as possible."

The notice sets out guidelines published by the Lawn Tennis Association, reminding players that they should only handle their own racquet and should avoid picking up tennis balls that have been touched by another player.

Players are also asked to avoid shaking hands and not to touch gates, nets and fences.

Before the lockdown Southwark had announced plans to introduce a booking system for use of the Tanner Street tennis courts in April, with keypad access likely to follow later in the year. These proposals have now been put on hold.

Last Sunday, Southwark's deputy leader Cllr Rebecca Lury responded to the announcement by Oliver Dowden, secretary of state for culture, media and sport, by tweeting: "So now you want us to let people sit in parks, and you can do with one other member of another household so long as you're 2m away?

"And you want us to re-open tennis courts and basketball courts as well as golf courses? This won't help control the virus..."

The council did not respond to our request for clarification of their policy, but in an email newsletter the authority said: "We will consider reopening other sports facilities, in due course, if they can be opened safely."