Portable toilets have been installed along the South Bank to meet demand from visitors whilst the doors of many of the riverside attractions remain closed. 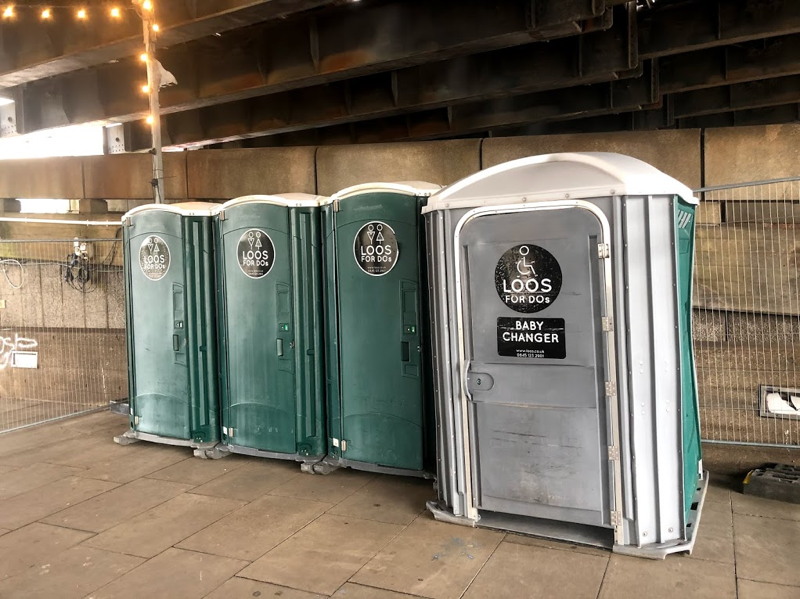 In the space underneath Hungerford Bridge where most summers you would expect a pop-up bar or food truck, temporary toilets have been installed

The installation of the new portable toilets – which are expected to remain in place during July and August – has been coordinated by the South Bank BID.

Clusters of portable loos can now be found underneath Hungerford Bridge, outside the National Theatre and in Bernie Spain Gardens.

The toilets have been installed for use by South Bank visitors whilst many of the big institutions whose loos are normally used by tourists – such as the National Theatre and the Southbank Centre – remain shut.

The funding for these toilets has been provided by Lambeth Council, a section 106 contribution from the owners of the London Eye and South Bank BID.

The Jubiloo next to Jubilee Gardens is also available, but the cost to spend a penny has risen from 50p when the facility first opened to £1.

The public toilets at Gabriel's Wharf – which are free to use – are also open.

Lambeth Council said this week that the toilets in Archbishop's Park – which are managed by the sports contractor Better – remain closed.

The move to provide extra loos in north Lambeth is likely to spark calls for similar measures in Southwark along Bankside and around Borough Market, where residents have complained of drinkers at local pubs urinated outside their homes.