Firefighters tackled a fire in a first floor kitchen above the Albert Arms pub in Gladstone Street on Bank Holiday Monday night. 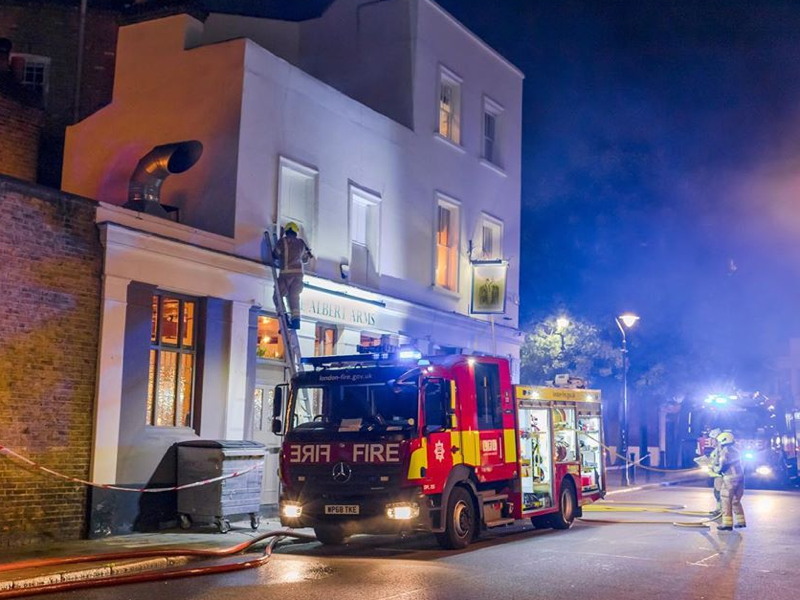 Four fire engines and around 25 firefighters were called to to the Albert Arms which is at the corner of Gladstone Street and Garden Row.

According to the London Fire Brigade, the fire damaged part of a kitchen on the first floor.

The fire is believed to have been caused accidentally by heat from an oven burning the wood surrounding the appliance.

The brigade was called at 9.54pm and the fire was under control about two and a half hours later.