Southwark Playhouse - the fringe theatre without a home since last year - has announced that it is to reopen in railway arches at London Bridge in June. 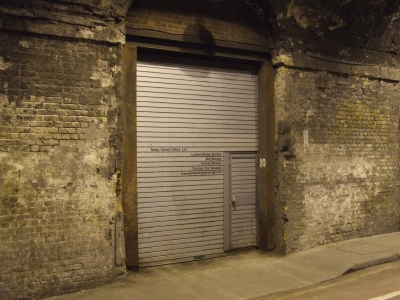 The new home – in arches behind the Britain at War Museum between Weston Street and Bermondsey Street – will allow the theatre to double its capacity to 150 compared to its old home in Southwark Bridge Road.

"It retains the atmosphere of the old venue but it's much bigger, so we'll be able to cater for more people and provide a better deal for new and emerging companies," chief executive Chris Smyrnios told theatre trade newspaper The Stage.

"We can start thinking about having dance and circus in there, as well as retaining more text-based theatre."

The playhouse left its previous home after the landlord Philip Thwaites decided to reclaim the space for his own use.

The new London Bridge venue will open with a four-week run of Richard III funded by the Better Bankside Shakespeare Award.

Southwark Playhouse will join a new cluster of theatre venues around Tooley Street with the Shunt Vaults and Unicorn Theatre both situated nearby.

The long-term plan for Southwark Playhouse is a move to the site of the London Park Hotel at the Elephant and Castle as part of the major regeneration of that area.

The new theatre will be a showcase for performing, dramatic and visual arts from around the Pacific. The first event in the new space will be Solos for Sunera, a weekend of six solo plays in aid of Friends of Sunera Foundation, a UK trust supporting disadvantaged people in Sri Lanka through the arts.