The Royal Festival Hall reopens this month with a weekend of free events to celebrate the completion of a two-year £115 million refurbishment. 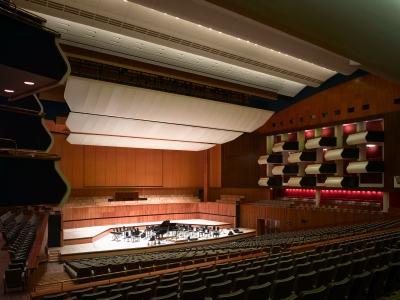 Inside the refurbished RFH (Richard Bryant/Arcaid.co.uk) 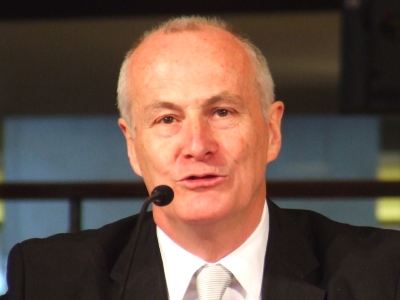 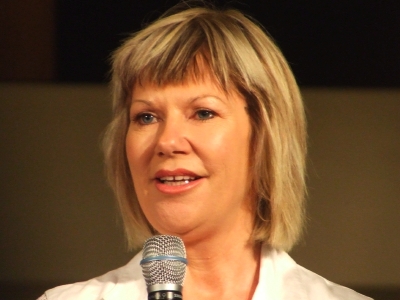 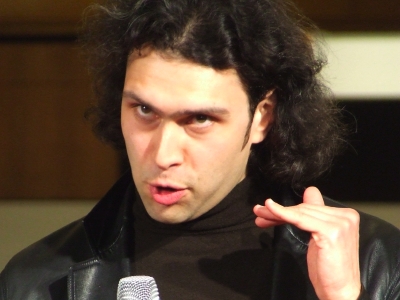 "We said before we closed in June 2005 that we'd have it open in June 2007 and we're going to do that," says Michael Lynch, chief executive of the Southbank centre.

"I think it's a significant achievement for the organisation and its partners and I think it augers rather well that the days of projects going a long time over in terms of their development and delivery are over as far as London is concerned.

"We are delighted with the results. The hall is visibly renewed and you will see and you will hear the difference.

"I think there has been a very ambitious and subtle rehabilitation of what was great about the original."

Michael Lynch paid tribute to Allies and Morrison, the Southwark-based architects who have masterminded the refurbishment. The practice began work on plans for the South Bank in 1993.

Artistic director Jude Kelly describes how the reopening will be marked by a weekend of free performances (8-10 June) involving more than 18,000 performers.

"Starting with a candlelit barge floating down the river with 800 singers greeting the opening of the Festival Hall; and then going on into that weekend ... performers of all kinds perform free to the public from the stage of the Royal Festival Hall and right across the site both indoors and outdoors."

"For the last 12 months we've been collecting memories. Love the Festival Hall, we've called the memory search, and we have over 4,000 memories; Everything from people who came in 1951 to young people just discovering the hall a couple of years ago. Those memories form part of a memory light show that will be playing throughout the weekend.

"The four walls of the Festival Hall are going to be like a cinema screen over the weekend seeing work from the archives including Maria Callas, Jimi Hendrix; all the great iconic figures who have performed here up to the present day.

"It's an enormous pleasure to come back home and see that things have changed and they have changed for the better," says conductor Vladimir Jurowski.

"You could feel immediately from the first note we played on stage, from the moment we started tuning, that the hall has changed.

The changes inside the concert hall are not without controversy. Lord Hollick insists that the removal of the wooden canopy in the hall was "pivotal to the success" of the acoustic improvements.

"We very much regret the loss of the canopy and the changing of the shape of the auditorium," says Catherine Croft, director of the Twentieth Century Society.

"A lot of the styling of the auditorium that was part of its original character has been lost. We realise that there is a Balance to be drawn between acoustic requirements and the aesthetics of the scheme. The Twentieth Century Society's view is that an inappropriate Balance has been drawn but the overall success of the scheme is delightful to see."

Another point of concern to some sections of the musical community is that it will take until 2011 till the Royal Festival Hall's organ is fully restored and re-installed in the building.

Further commercial development under the QEH

Southbank Centre chair Lord Hollick said that the new shops and restaurants on Festival Riverside and Festival Terrace had proved to be an "unexpected success" for the organisation: "All of the restaurants and shops we have put here have done brilliantly. As a result of that we now have commercial income that's up around the £7.5 million mark."

He added: "The next projects that we have in mind are further commercial development in the undercroft of the Queen Elizabeth Hall and also under the Hungerford railway bridge.

"That will help us to generate more commercial income which will in turn provide us with the funds that we need to do more work round the site.

Michael Lynch confirmed that the development is likely to consist of more food and drink establishments: "I think it tends to focus around restaurants and bars in a way that isn't going to irritate the locals, provides work opportunities and makes the place more attractive to people."

He says that the Southbank Centre has tried to strike a Balance between large chains and smaller businesses: "We've tried very hard to get the right balance. We've tended to favour low price points to make it attractive to people. That's always a bit of a balancing act."

What next for the Hayward and Hungerford car park?

Plans for a redevelopment of The Hayward are being worked on and will be revealed in the next year.

Lord Hollick confirmed that the Southbank Centre is working in partnership with the British Film Institute to put a new film centre on the Hungerford car park site next to Jubilee Gardens.

"It's a big, longer-term project," Michael Lynch told the London SE1 website. "Whether it can happen before 2012 is the real challenge."

Michael Lynch rejects the argument – supported by local politicians of all parties – that the car park site should be used to extend Jubilee Gardens.

"I've had that argument from the day I was appointed five years and a week ago," he says.

"From our point of view it's always been a car park; it hasn't been part of Jubilee Gardens. We've tried to find a Balance between the extension of the gardens and something that addresses the fact that it's the only possible site for us to develop.

"That will be the test of how far we've gone with the local community."

Relations with the local community

"And I think we've made very tangible changes in that. We've clearly got to a much better state in terms of relations on planning issues and development issues."

He is also keen to stress that the Southbank Centre has recruited many local people to work at the reopened Royal Festival Hall in front-of-house and other roles.

For the first time ever the board of the Southbank Centre is advertising in the press for new governors.

"At this exciting time in Southbank Centre's history, we are looking for talented individuals from all backgrounds who can complement our existing governors," says chairman Lord Hollick.

"In an organisation as varied as ours, which combines artistic excellence and cultural enterprise in world-class facilities, we are hoping to receive strong applications from the local community as well as those from minority backgrounds.

"As we re-open the Royal Festival Hall and celebrate Southbank Centre in its entirety we need passionate and experienced individuals from the cultural, commercial and public sectors who can help Southbank Centre build on our wonderful achievements to date."

Letters of application should explain why you would like to be a governor and enclose a CV. They should be marked "Governor Confidential" and addressed to Charles Martin, Southbank Centre, Belvedere Road, London, SE1 8XX.