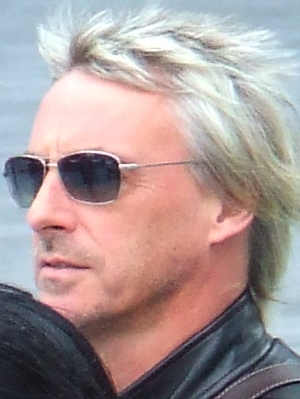 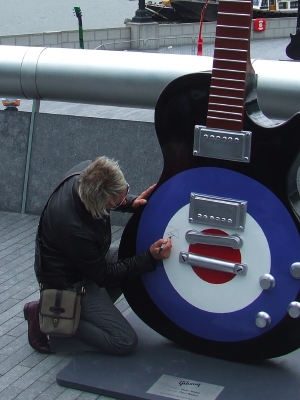 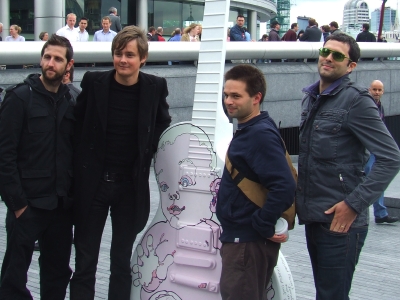 Gibson Guitartown London consists of 30 giant replica Gibson Les Paul guitars. Each has been decorated by a visual artist and signed by a musician.

Following the ten-week open-air exhibition all the guitars will be auctioned off in October with all the proceeds divided between The Prince's Trust, Nordoff-Robbins Music Therapy and Teenage Cancer Trust.

Rock legends who have lent their names to the exhibition include Gary Moore, Rod Stewart, Brian May, Paul Rodgers, Robert Plant, Mark Knopfler and Ozzy Osbourne.

Bermondsey artist Andrew Logan is among those who have hand-painted the 30 guitars. Other household names taking part include Sir Peter Blake and Gerald Scarfe.

Gibson Guitartown London is at More London Riverside (by The Scoop and City Hall) until 14 September.