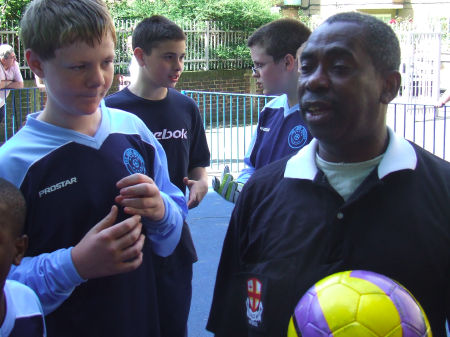 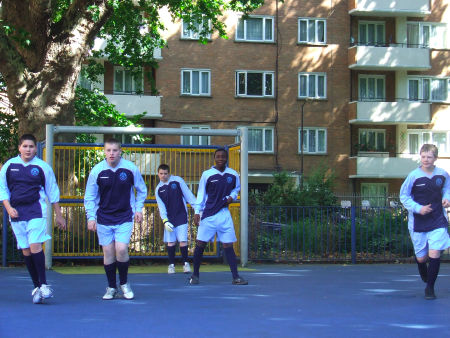 Cathedrals ward councillor Danny McCarthy opened the fair which featured stalls from local organisations including Blackfriars Settlement and Bankside Open Spaces Trust and a bar and barbecue run by the nearby Lord Nelson pub.

Organiser Liz Justice – chair of Nelson Square Gardens Community Association – says that more than 300 people attended the event which she describes as "a brilliant community day out".

The fair was funded by a grant from the Borough & Bankside Community Council Fund.

The fair also marked the launch of Nelson FC, the square's new youth football club. With help from the community association, young Nelson Square residents Charlie and Timmy applied for funding from Southwark's Youth Participation Fund to turn their idea of forming a football team into a reality.

Cllr Aubyn Graham (a Labour councillor in Peckham Rye and a qualified FA referee) presided over the team's first match.

Tommy from Helen Gladstone House was voted most team-spirited player and was presented with a trophy by Cllr Graham.