Nellie Stagg, who has lived in Nelson Square since its rebuilding more than fifty years ago, cut the ribbon to open a new residents' hall. 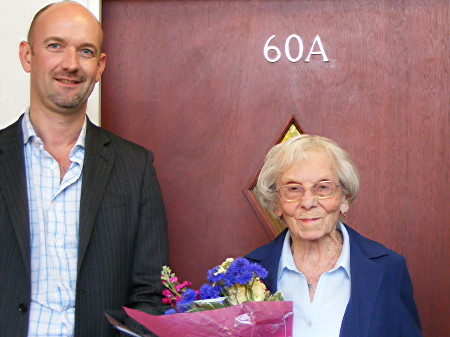 Cllr David Noakes and Nellie Stagg outside the new hall 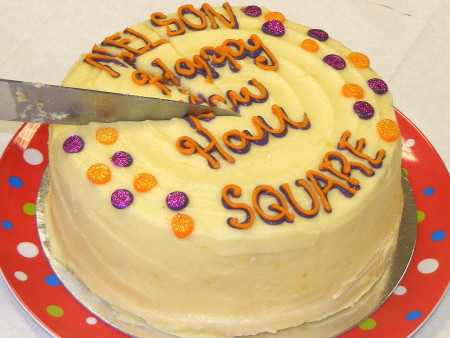 When Mrs Stagg moved there in 1957 the hall on the ground floor of Rowland Hill House was a purpose-built pram store. Now, after a project managed and funded by Southwark Council, it has been given a street number and become a new focus for the community.

Cathedrals ward councillor David Noakes praised the determination and co-operation of the Nelson Square Gardens Community Association which until recently has had to meet in the former doctor's surgery on the corner of Union Street and Blackfriars Road.

Association vice-chair Maxine Walker described the opening as "a new beginning for residents". Among uses planned are daytime activities for children.

After the opening visitors were able to view a display of pictures showing how the square had changed since the end of the 19th century when the central garden could only be accessed by keyholders.

Several photographs showed the house of poet Percy Bysshe Shelley which stood on the east side of the square.