A decision on Berkeley Homes's bid to turn the former St Olave's Grammar School in Tooley Street into a boutique hotel has been put on hold. 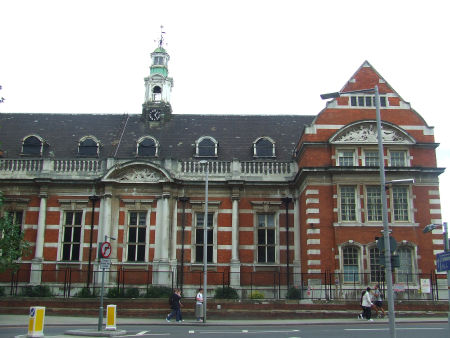 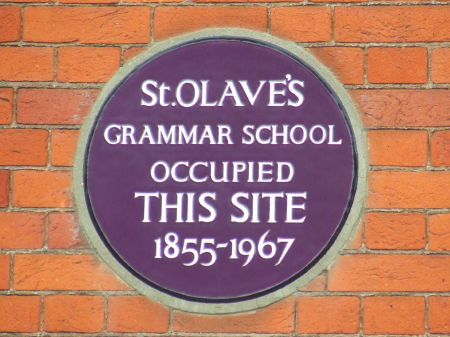 St Olave's Grammar School moved to Orpington in the 1960s.

Members of Southwark Council's planning committee voted narrowly in favour of an adjournment – using the casting vote of chair Cllr James Gurling – in the early hours of Wednesday morning.

The adjournment will allow members to receive additional information about the extent to which the building has been marketed for future educational use.

Berkeley Homes – which bought the building from Lambeth College four years ago for £7.1 million – had applied for planning permission and listed building consent to turn the former school into a 56-bedroom boutique hotel.

Since Lambeth College moved out the building has seen a range of temporary uses including art exhibitions and a as a location for reality TV series such as the BBC's Comic Relief does Fame Academy and Five's Make Me a Supermodel.

The former school is adjacent to the site of Berkeley Homes's highly controversial proposed development of eight cylindrical residential towers on the former coach park site for which planning permission was granted by then deputy prime minister John Prescott in 2006.

'Cheap and nasty' 'Tardis' to stand next to Berkeley's 'Daleks'?

As part of the conversion Berkeley Homes has commissioned architect Ian Ritchie – also responsible for the eight proposed towers – to design a structure to house additional stairs and lifts on the northern side of the former school.

This proposed addition to the grade II listed school building was described by committee vice-chair Cllr Helen Jardine-Brown as a "weird Tardis-like thing" – an appropriate choice of description given that the Ritchie-designed Potters Fields towers have previously been likened to Daleks by their critics.

Southwark's newly-appointed head of development control Gary Rice admitted that the lift tower is "very utilitarian in both its use and appearance" but insisted that Ritchie's addition "enhances the appearance of the building" which was designed in the 1890s by Old Bailey architect EW Mountford.

Later Cllr Jardine-Brown described the lift tower as "one of the nastiest things I have ever seen at a planning committee meeting".

"It shrieks 'cheap and nasty'," she added.

"It degrades the building," said Cllr James Barber. "Millions of people will see it and wonder what on earth we were doing when we approved it."

Cllr Gordon Nardell told colleagues that he believed the lift tower would be "positively harmful to the listed building".

The committee was addressed by North Southwark and Bermondsey MP Simon Hughes who spoke on behalf of objectors to the hotel scheme.

Hughes outlined his own "very strong objections" to Berkeley Homes's planning application and said that all of his constituents who had approached him on the subject had shared his view.

He told councillors that the application was "absolutely clearly against" key council planning policies.

The MP told the committee that he was aware of many organisations interested in acquiring the building for educational, cultural or community use. These included further education colleges, universities and specialist schools such as a music conservatory or a youth theatre company.

Simon Hughes told the committee that although they were being invited by officers to consider the hotel application in the context of the approved Potters Fields scheme to the north, they should bear in mind that the cylindrical towers are "no longer nearly as likely" to be be built.

"I know that there have been intensive discussions", he added, which are likely to lead to an outcome which doesn't include the eight towers.

Berkeley Homes' agent Justin Kenworthy cautioned that "...in terms of a new scheme, we are nowhere near that".

"It will be a substantial cultural development with an equally substantial residential element," he told the committee.

Berkeley: "Clearly there is no demand" for educational use

Planning consultant Justin Kenworthy, representing Berkeley Homes, told the committee that his client had explored a range of uses for the building including educational, religious and medical.

Councillors heard that the building had been marketed at a price of between £6 million and £6.5 million. Although Berkeley Homes bought the buildings for £7.1 million in 2003 it should be noted that that price included the school annexe to the east which has since been demolished and is not part of the site currently for sale.

He argued that there is a need for additional hotel bed spaces in Southwark; projections showed that 2,500 beds are required but half that number is currently available.

He claimed that a hotel would be more likely to deliver benefits in terms of local jobs than, say, an international school.

Kenworthy told councillors that it is "not an appropriate site for a secondary school or a primary school" as it is considered too small.

"Clearly there is no demand" for future educational use of the building, said Kenworthy.

Kenworthy also questioned Simon Hughes's claims about the number of parties interested in purchasing the building: "We are waiting for those phone calls," he said.

One of the official objectors to the application is Kilmore International School of Victoria, Australia. The school claims that it has shown interest in acquiring the site since 2003 but was told that the building was not for sale.

That assertion is contested by Berkeley Homes. Asked whether Kilmore's claim is a lie, Kenworthy replied: "Yes, effectively".

What do you think should happen to the old St Olave's School?