A woman pedestrian has been killed and 18 people have been injured when a bus on route 188 hit a tree in Tower Bridge Road on Wednesday morning. 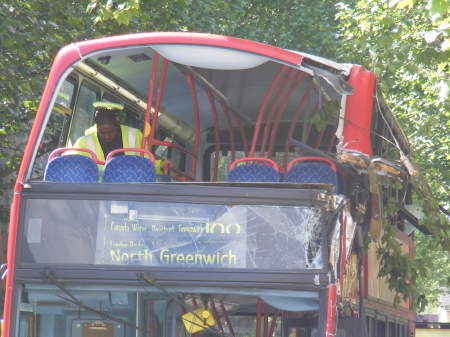 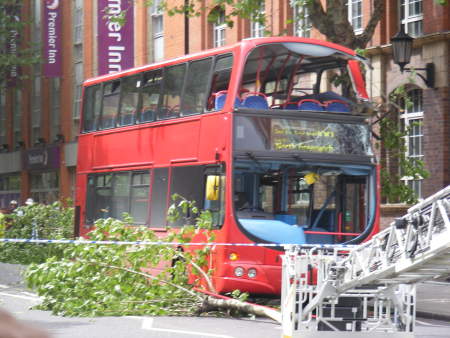 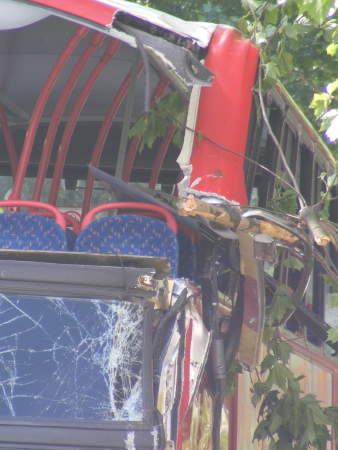 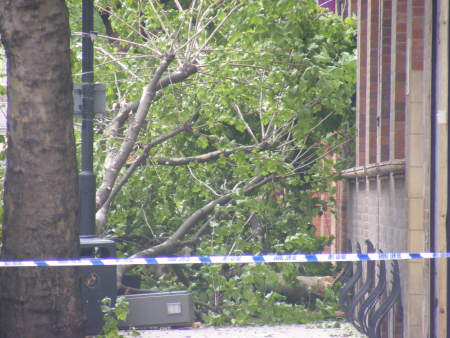 The accident happened as the bus was travelling northbound past the Premier Inn London Tower Bridge hotel near the junction with Tanner Street. Police say they were called to the incident at 9.23am.

One woman was pronounced dead at the scene. She is believed to have been a passer-by and not a passenger on the bus.

Of the 18 people injured, nine were treated at the scene and nine were taken to hospital. Four people are being treated for serious injuries.

Jim Agnew from the London Fire Brigade told LBC News 1152 said that two patients had suspected spinal injuries and another was suffering from head injuries.

Police officers are currently speaking to the driver of the bus.

Police say that they are currently trying to establish the circumstances surrounding the collision. Anyone who witnessed the incident is urged to contact Catford Traffic Garage
on 020 8284 5931.

Staff working for interior design firm IDM at the corner of Tower Bridge Road and Tanner Street described hearing "a huge thump" when the bus hit the tree.

"It was a very loud bang," says Charles Fayinka who shot a video clip of the aftermath.

"It's usually quite quiet in the office but that definitely got everyone off their seats and outside to see what had happened."

Mr Fayinka described what he saw when he stepped out of the office: "We saw everyone in a bit of a panic. I saw a gentleman on the floor holding his leg just by the exit of the bus."

Salah Arif was driving south down Tower Bridge Road when he saw the bus hit the tree, smashing the windscreen and upstairs windows.

Mr Arif says that he went to the aid of the bus driver who came under attack from angry passengers.

"I tried to calm everyone down. The bus driver fainted on the floor and I put some water on his face.

"He wanted to go back onto the bus to see what happened. He wanted to go upstairs and I tried to stop him because he was really in a state of shock and was shivering and shaking."

Traffic and bus services in the area have been seriously disrupted. Tower Bridge Road is closed to through traffic between Bermondsey Square and Druid Street and surrounding streets are busy.

"The death of a women in Bermondsey this morning following a collision between a 188 bus and a tree is clearly a tragedy," says Simon Hughes MP.

"The whole community will want to express their condolences and their best wishes to the injured for the speediest possible recovery.

"Obviously there is no public explanation yet for this accident and so further comment would be premature. I have asked London Buses and the emergency services for a full report as soon as possible."

Riverside ward councillor Eliza Mann – who is expected to become Mayor of Southwark tomorrow – has visited the scene of the incident.

• More on this story: Dead woman named as Emily Diamond

Did you witness the incident or its aftermath?