The streetscape of St Thomas Street was changed last month after Transport for London cut down three trees that were deemed to be a safety risk. 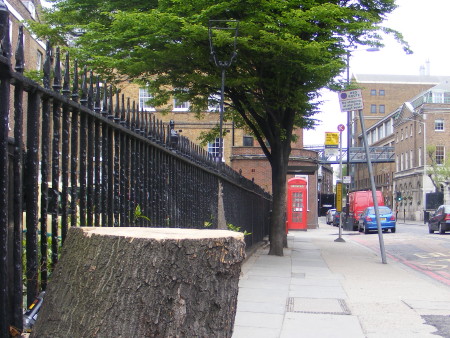 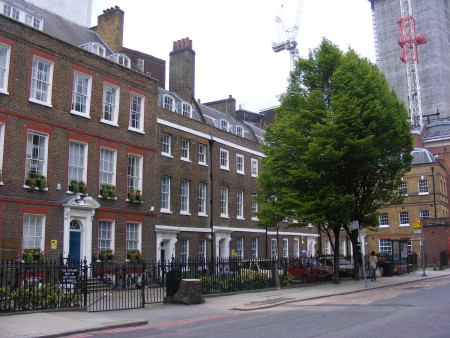 The trees, in front of the Georgian terrace next to the Old Operating Theatre on the northern side of the street, were felled on 17 April amid concerns from businesses in the area that they were removed unneccessarily in a part of the borough meant to be protected.

A Transport for London (TfL) spokesperson said: "The deteriorating health of the trees meant they were in danger of falling and therefore posed a safety risk to the public."

But Peter Pennington Legh, from the Chapter Group office at 9 St Thomas Street, disagrees and claims one of the trees was healthy.

"Although one adjacent tree may have been old the one immediately to the front of our building was healthy and presenting neither obstruction nor danger," he said.

Trees along the street are owned by TfL as part of their major roads network and, despite the trees being in a conservation area, there were no tree preservation orders (TPO) placed on them.

TPOs are made by Southwark Council to protect trees considered to be an important feature of the local area and prevents them being cut down without prior consent from the council's tree officers.

TfL can legally cut down any tree within a conservation area that is not subject to a TPO if it has become dangerous and they are not required to give the council the normal six weeks' prior notice in this case.

TfL confirmed that Southwark Council were told of the plan to remove the trees prior to the work being carried out and said they are planning to plant new trees along the street.

A spokesperson said: "We are planning to carry out improvement works along St Thomas Street towards the end of this year. This includes planting new trees in an area specifically set aside at this location to encourage their healthy growth."

The importance of tree maintenance on the borough's streets was highlighted in 2008 when Emily Diamond was killed by a falling tree as she walked along the pavement outside the Premier Inn hotel in Tower Bridge Road after a route 188 bus collided with it.