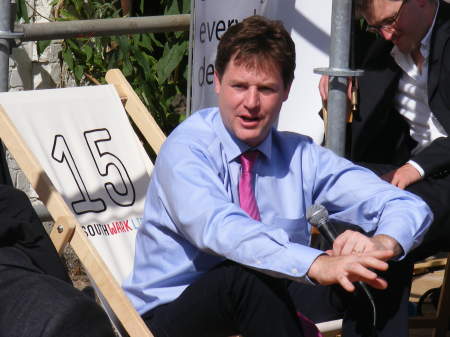 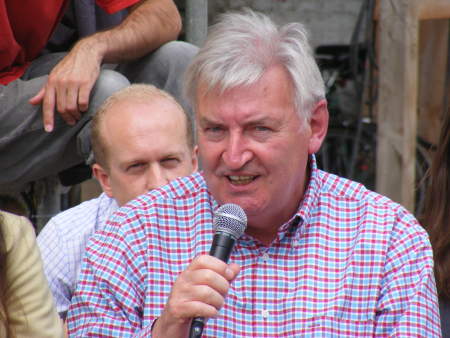 Writer Ken Worpole is a supporter of the Bankside Urban Forest 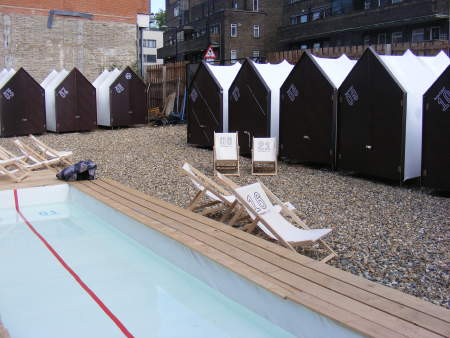 The Southwark Lido has been created on a derelict site in Union Street as part of the London Festival of Architecture. The work of collective EXYZT, it is open daily till Sunday 13 July.

Participants sat in deck chairs on the terrace above the temporary paddling pool at 100 Union Street.

"But when there's no clear ownership, the danger is that these spaces become dominated by anti-social behaviour. And people retreat into their private space instead.

The Lib Dem leader called for local communities to get more involved in participatory planning processes.

"There is nothing more destructive to people's faith in politics than to have their views sought, and then overruled. That's why I'm so excited about the development of participatory planning.

"Not just coming up with an idea and asking communities if they like it. But actually engaging them at an early stage in developing the whole concept of what is to be built, and how it will work.

"People have lost faith that they can influence the world around them. Giving them the tools not only to influence but to shape the physical space around them is the perfect antidote to this loss of power.

"Participatory planning shouldn't be a special process, rolled out for flagship developments alone. It should be part and parcel of the basic structure of our planning system."

Other participants in the discussion included writer Ken Worpole who spoke about the Bankside Urban Forest proposals to respond to the 'Manhattanisation' of the area north of Southwark Street by connecting it to the area between Bankside and Elephant & Castle.

A local resident also spoke enthusiastically about the importance of projects like the Community Garden at Tate Modern for local families who live in flats with no open space.

What do you think of Nick Clegg's participatory planning proposals?