A new community garden has been created in a hidden alleyway between Magdalen Street and Holyrood Street near London Bridge - and local residents and workers are invited to bring plants to put their own mark on the space. 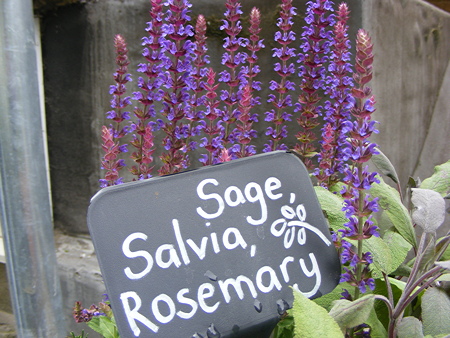 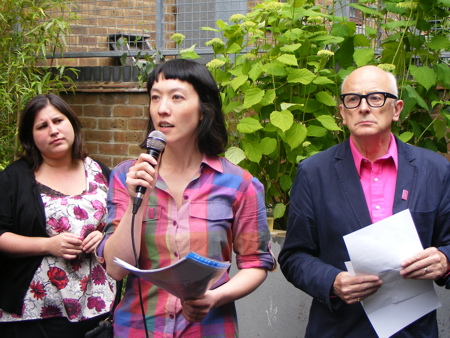 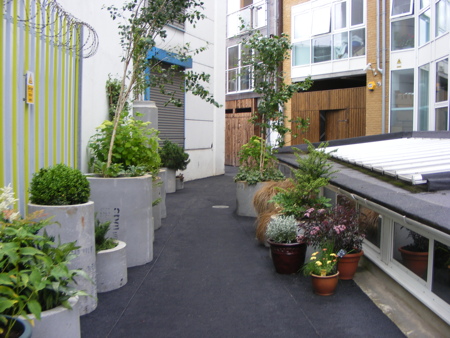 The design incorporates a series of large concrete pipe planters filled with an exotic array of plants, arranged around a harlequin pattern walkway.

People who live and work locally are encouraged to bring their own potted plants to the alleyway to add to the collection.

The garden, which is part of the London Festival of Architecture and the Cityscapes programme, has been created over the past month and was opened on Saturday.

"We've been very fortunate at the Architecture Foundation to be involved in the LFA for the past eight years and during that time we've used the festival as the platform to initiate a series of temporary public realm transformations including the Southwark Lido and the Union Street Urban Orchard," explained Architecture Foundation director Sarah Ichioka.

"This year – in partnership with Team London Bridge, Southwark Council and Cityscapes – we've channelled our efforts into this permanent public space transformation right in our back yard.

"Until just a few weeks ago this cut-through was best-known for its collection of empty vodka bottles and the pungent odour of piss.

"Now an international and intergenerational collaboration between emerging Australian architect Andrew Burns and multi-award winning garden designer Sarah Eberle has laid the groundwork for the secret garden you are standing in today.

"The basic concept is one of a cumulative public space that will grow through time through the contribution of potted plants to the site."

Andrew Burns said: "We believe that our vision for Gibbon's Rent will not only provide a strong identity for the site, but will also allow – and in fact relies upon – long-term community engagement with the space."

When the weather improves a final surface of bonded gravel will be added to the alleyway. A cafe will open later in the year.

The space will be maintained by Team London Bridge and the Putting Down Roots gardening project run by homelessness charity St Mungo's.