Planning permission is being sought to open an easyHotel in the former Lambeth Building Society headquarters on the corner of Westminster Bridge Road and Baylis Road. 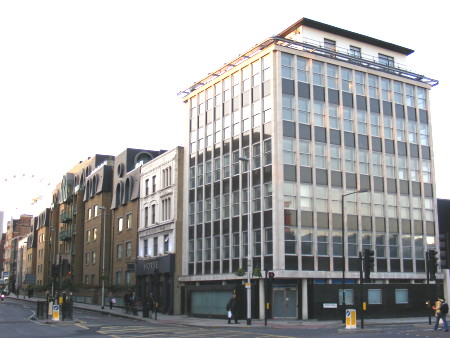 The purpose-built Sixties office building was vacated in 2006 when the Lambeth Building Society merged with the Portman to become part of Nationwide. The exterior would be restored and the interior fitted with prefabricated rooms.

The first easyHotel was opened by easyjet founder Sir Stelios Haji-Ioannou in South Kensington three years ago. The Earl's Court franchisee is now seeking to open the first outpost south of the river.

Director Joe Stenson told a meeting of Waterloo Community Development Group that there will be no restaurant facilities and that guests will be encouraged to visit neaby cafes for breakfast and other meals.

There will also be no parking provision with most guests expected to arrive at the 82-bedroom hotel by public transport rather than taxi as is the case in Earl's Court. The proposed hotel is opposite Lambeth North Station.

Rates start at Ł25 and the majority of people staying in the London easyHotels so far have been leisure travellers from within the UK.

The total number of new employees which will be required for the hotel is around nine.

The easyHotel proposal is the latest in a large number of hotel proposals for the Waterloo area, including a new Premier Inn at the former General Lying-In Hospital in York Road and a Hampton by Hilton on the site of Partnership House in Waterloo Road.