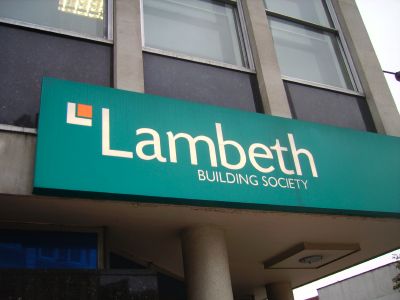 A notice on the door of the branch on the corner of Westminster Bridge Road and Baylis Road directs customers to the Fenchurch Street office of the Portman.

Snacks and cakes were served to customers on the final day.

The Lambeth Building Society was founded in February 1852 as The Number Three Borough of Lambeth Permanent Benefit Building Society. Early mortgages were made on local properties in Kennington, Peckham and Bermondsey.

The Lambeth announced its merger with the Bournemouth-based Portman in March.

At that time it said that whilst the head office in SE1 would close in 2007, a branch would be retained in Waterloo if suitable premises could be found.

On 30 September all 70,000 Lambeth members became members of Portman Building Society with the same voting rights as Portman members.