The Prime Minister attended a memorial service at Southwark Cathedral on Thursday for children killed by youth violence. The service was held to mark the eighth anniversary of the death of Damilola Taylor in Peckham. 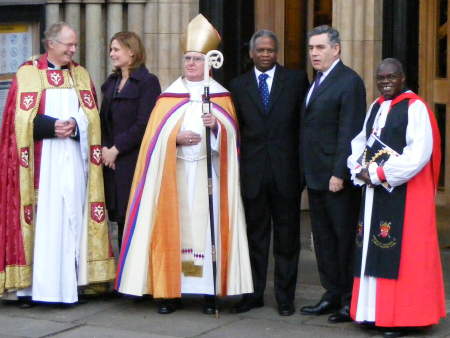 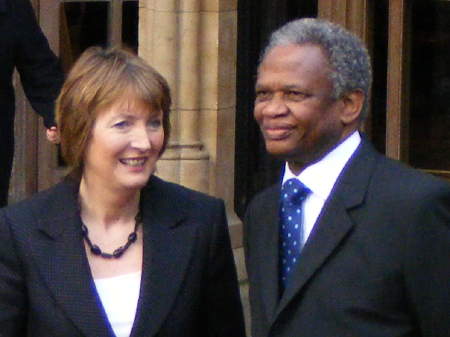 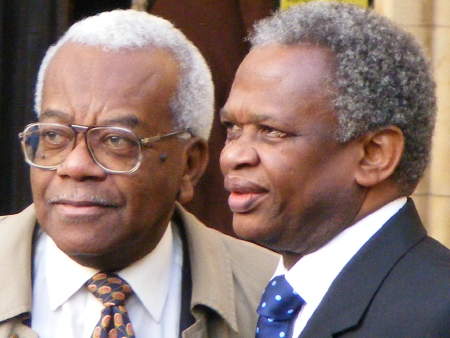 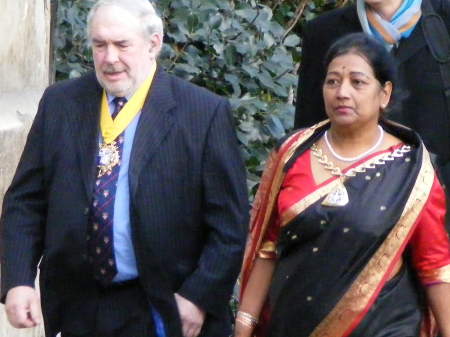 Mayor of Southwark Cllr Eliza Mann arrives at the cathedral with past Mayor Cllr Bob Skelly. Cllr Skelly chose the Damilola Taylor Trust as his charity during his mayoral year

"You know when we hear the statistics about young lives lost to knife crime we are talking about someone's child," Gordon Brown told the congregation. "A child who has left behind a grieving family and who try to make sense beyond comprehension."

The Archbishop of York John Sentamu said in his sermon: "We must all accept the principles of Responsibility, Respect and Restoration. We must also be ready to exercise Repentance, Reconciliation, and Forgiveness."

The Archbishop also spoke directly to both young people and parents. saying: "My message to young people is, be that Change, be that catalyst of hope in your community. Stand up to criminality, denounce violence, turn your back on drugs and embrace generosity instead. Seize the best of life, glory in the goodness of it, and then live it before God and humanity alike.

"My message to parents in our cities is, be parents. Don't duck your responsibility of raising, nurturing and educating your child. If you need help, please shout from the rooftops."

Lessons were read by Mayor of London Boris Johnson, Camberwell and Peckham MP Harriet Harman and leader of the opposition David Cameron.

Richard Taylor, father of Damilola Taylor, lead a tribute to all the 'young angels'. Sir Trevor McDonald told the congregation: "I believe that we all need to stand together alongside these families and say, 'Enough is enough'."

Other tributes were paid by Dame Kelly Holmes and Leona Lewis. A filmed message from Rio Ferdinand was played to the congregation.

Ashley Walters read his own poem Tell me where these eight years have gone. Earlier Damilola Taylor's father has said that his son murdered at the age of ten would have been eighteen this year.