Elijah Dayoni, 16, of no fixed abode was sentenced at the Old Bailey on Friday and will serve a minimum of 12 years for the killing of David Idowu, 14, on the Tabard Gardens Estate. 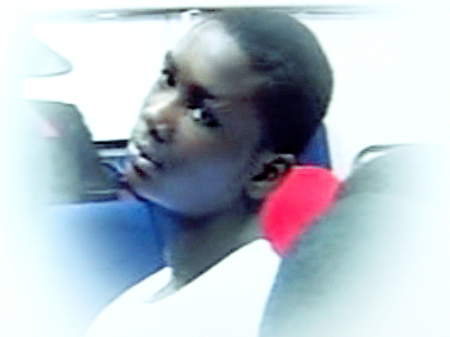 He was found guilty in December following a two-week trial at Kingston Crown Court.

At around 5pm on the Tuesday 17 June 2008 David Idowu, 14, was at an organised football match on the Astroturf pitch at Tabard Gardens when he was approached by Dayoni. Without warning or provocation Dayoni pulled out a knife and stabbed David once.

The wound punctured his heart but David ran away chased by Dayoni before collapsing on Becket Street. CCTV recovered from the area showed Dayoni laughing and smiling as he chased after him. Members of the public came to David's assistance and gave him first aid. His heart stopped twice at the scene, before he was taken to the Royal London Hospital by air ambulance. Despite intensive medical intervention David never came out of his coma and he died three weeks later on 7 July.

When Dayoni was arrested two days later he was wearing a white top similar to the one seen in CCTV worn by the offender. Forensic analysis of the top identified blood spots containing David's DNA profile.

"This was a very tough investigation," says Detective Inspector Mick Norman from the homicide and serious crime command team.

"Despite the fact there were a large number of eyewitnesses to the stabbing, many of whom knew the defendant, very few were prepared to name the person responsible or assist the investigation.

"However, a number of young people did come forward and this helped us identify David's attacker that proved crucial. I would like to thank them for doing the right thing to make sure justice was done.

"David's family have been deeply affected by his senseless murder and I hope that this verdict can bring some peace to them."

David Idowu died just yards from his home. He was a pupil at the Walworth Academy.