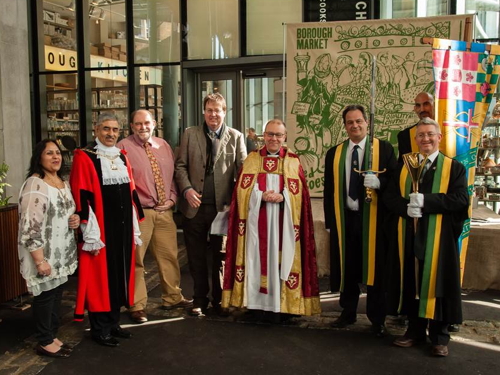 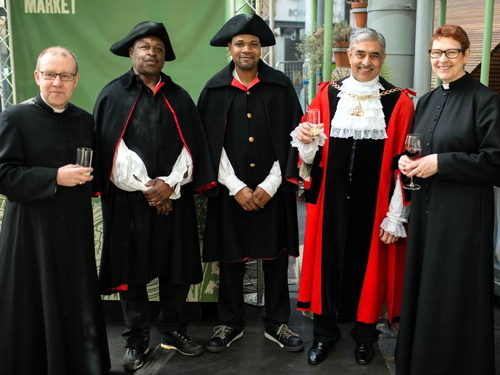 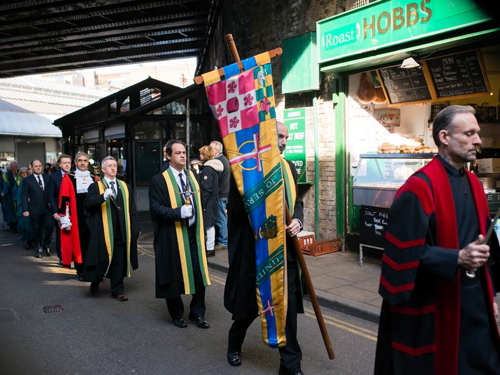 The service included a multi-faith act of commitment led by the Mayor of Southwark Cllr Sunil Chopra (a Hindu), Cllr Jamille Mohammed on behalf of the Muslim community and David Quirke-Thornton representing local Buddhists.

Music was provided by ARK All Saints Academy Choir, the David Idowu Choir and the Southwark Cathedral Singers, and a specially written poem was performed by Suléy Muhidin.

Cllr Peter John, leader of the council, reflected on the half-century since Bermondsey, Camberwell and Southwark metropolitan boroughs were merged to form the modern-day London Borough of Southwark.

"In the past 50 years, Southwark has probably seen more change than than any other borough in London," he said.

"In 1965, the north of the borough remained a vibrant hub of activity. The Pool of London – known as 'London's larder' – was the home of countless wharves and docks as ships from around the world discharged their cargoes for distribution from the massive warehouses of Bermondsey and Rotherhithe.

"The docks provided demanding but secure work for many residents of the borough."

Cllr John recounted the decline of the docks during the 1970s and the consequent loss of employment and depopulation of the borough.

He went on to trace the story of the borough's more recent economic revival, with another 40,000 people expected to join Southwark's current population of more than 300,000 over the next decade.

The council leader paid tribute to all who have served the borough as councillors and officers over the past 50 years, including his predecessors such as John O'Grady, Jeremy Fraser and Nick Stanton.

In his sermon, the Dean of Southwark Very Revd Andrew Nunn said: "The Borough of Southwark is about so much more than the bright lights and new Manhattan that is so much of SE1.

"It's about ancient communities living together, about Nunhead, Peckham and Camberwell, about Dulwich and Walworth, about Bermondsey and Rotherhithe, its about the Elephant and Newington and Surrey Quays and all the other places that link us together.

"And each has something of a heart and each will be experiencing life in different ways, and all have a share in what's going on."

Preaching about social justice, the Dean alluded to the recent controversy about the decision to ban social housing tenants from a garden in the One Tower Bridge development.

He said: "The concept of the kingdom of God revealed on earth reverses so many of the values of contemporary society and challenges how we make our decisions, how we do our business, what our priorities are – it bites in real ways – who gets to use open space? Who can afford to live here? Where do low income families shop? how broad and deep are our communities?"

After the service the civic and church processions made their way to Borough Market's new glass Market Hall at the corner of Borough High Street and Cathedral Street where the Dean conducted a short service of blessing.

The Mayor of Southwark Cllr Sunil Chopra said: "The civic service is a wonderful opportunity to celebrate our unity in diversity.

He added: "It is also most fitting that we mark 1,000 years of Borough Market in Southwark as a testimony to both trade and tradition."

During the service a collection was taken for the Mayor's charities, UK Homes for Heroes and the Robes Project winter night shelter.