Paintings by Nasser Azam completed on board a zero gravity flight above Moscow are included in a County Hall show. 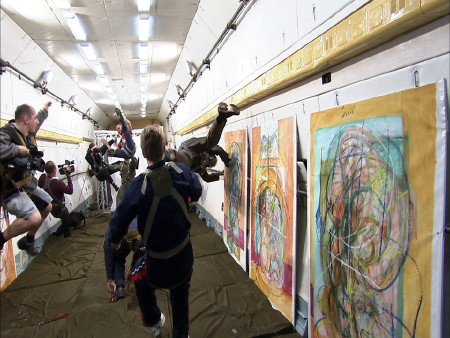 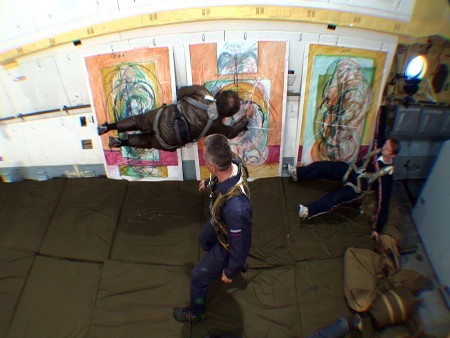 Two triptychs were completed during a parabolic flight supported by the Russian Space agency at Star City.

"The Life in Space project helped me to challenge the way I paint the human form at the only time in my life when my own physical form was completely free and unhindered," says Azam who overcame the extreme physical difficulties of painting in space. "This incredible experience has informed new developments of my work."

Other works by Nasser Azam included were undertaken on the ground and explore body motion and tension.

A video shows Azam at work in the weightless conditions.

Azam returned to painting after twenty year gap working as a banker and financial adviser. In 2007 he became Artist-in-Residence at the County Hall Gallery and last year he staged his Anatomica exhibition and unveiled his sculpture The Dance on the riverside walkway.