Professor Deian Hopkin, who retired earlier this year as vice-chancellor of London South Bank University, has received a knighthood in the Queen's birthday honours list. 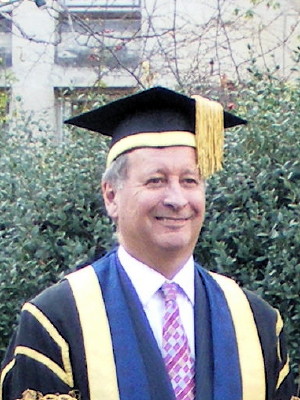 Professor Hopkin joined London South Bank University in 2001 and oversaw the consolidation of its activities at the Elephant & Castle campus and the development of several new buildings. His successor, Professor Martin Earwicker, took office in April.

The historian has been knighted for services to higher education and skills. In addition to his work at LSBU he has served on a number of national bodies including the board of the Learning and Skills Council and the Higher Education Engagement Board of the Department for Children, Schools and Families.

Professor Hopkin, who lives locally, is also patron of the Southwark Theatres and Education Partnership (STEP).

Bankside resident Katharine Doré, best-known as a theatre and TV producer, has received the OBE for services to special needs education. She co-founded the TreeHouse School in Muswell Hill and last autumn launched the Bestagno Olive Oil firm.

In 2005 she set up the Golden Hinde Educational Trust which until recently ran the replica of Sir Francis Drake's ship moored in St Mary Overie Dock.

Anne MacNeary, who chaired the interim executive board at the troubled Geoffrey Chaucer Technology College (now Globe Academy) in Harper Road, receives the MBE for voluntary service to education.

Peter Rogers, appointed by Boris Johnson as chief executive of the London Development Agency based at Palestra in Blackfriars Road, receives a knighthood.