A special event was held in Tabard Gardens on Saturday to mark the first anniversary of the death of David Idowu, the 14-year-old boy who was fatally stabbed last summer. 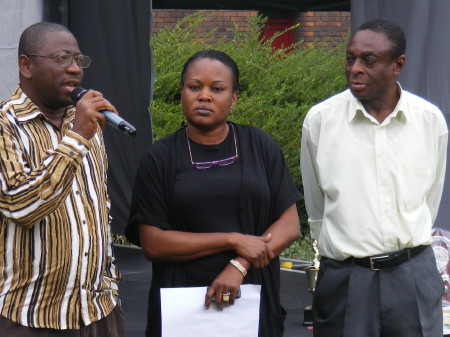 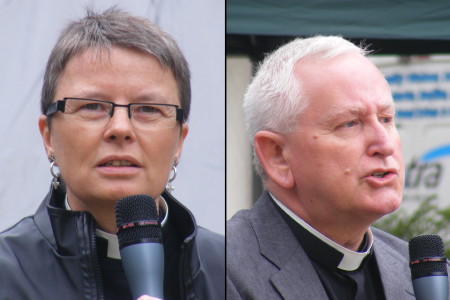 The local teenager had just walked a few yards from his home to play in Tabard Gardens when he was stabbed on 17 June 2008. He died in hospital on 7 July 2008. In January Elijah Dayoni, 16, was sentenced to life imprisonment for murder.

At Saturday's gathering in Tabard Gardens David's mother Grace Idowu spoke movingly about her determination to bring people together to eradicate knife, gun and gang crime. "Does it have to be like this?" she asked.

"We have a long way to go. We have to do it together. We will conquer this by God's grace."

The event was introduced by Revd Kes Grant from St Hugh's and Fr Ray Andrews from St George the Martyr. Fr Ray presided at David's funeral last year and has built a close link with the Idowu family. He also led prayers at David's school, Walworth Academy, which staged its own memorial event earlier in the week.

"I've been a policeman for a very long time and I still can't understand why some of our young people behave so badly and use so much violence against each other."

He added: "One of the things that I've learnt from Grace and David's father is their ability to forgive the tragedy that happened to David.

The event was supported by Southwark Council, Bankside Open Spaces Trust, Blackfriars Settlement and Waterloo Sports and Football Club who are putting on a range of activities for local young people this summer.

A new football tournament, the David Idowu Memorial Cup, will be played each year on the Tabard Gardens astroturf.

Saturday's event also marked the launch of PEACEsong, a new single to be sold in aid of the campaign against youth violence.

By grim coincidence just a mile and a half from Tabard Gardens the evening programme at The Event in Southwark Park was called off after a young person was stabbed.