A BBC investigation claims to have evidence of migrant workers at Park Plaza's SE1 hotels being underpaid. 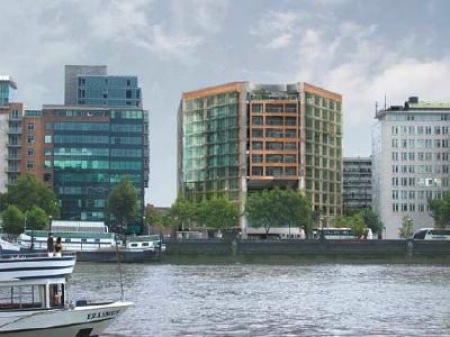 Two undercover reporters sent to work at the Park Plaza County Hall and Park Plaza Riverbank were paid for about half the number of hours that they actually worked.

A BBC Newsnight report on Thursday evening alleged that Polish staff were regularly paid below the minimum wage. The reporter claimed to have uncovered evidence that room staff were paid by the number of rooms cleaned rather than the number of hours worked.

Twelve other workers whose pay was examined asked not to be identified for fear of losing their jobs.

They are all employed by the hotel cleaning company Hotelcare which has a contract with Park Plaza. One worker was reported to have been underpaid by £113 over a two week period.

The cleaners took their concerns to London Citizens which campaigns to improve pay and conditions for low paid workers in the capital.

The organisation has introduced the concept of a £7.60 an hour living wage supported by London Mayor Boris Johnson who this month performed the topping out ceremony at Park Plaza Westminster Bridge.

In a statement Park Plaza said: "We are very distressed and upset at these allegations about our sub contractor Hotelcare Ltd and we take them very seriously."

In a long statement Hotelcare said: "If it transpires that in any isolated cases there has been a breach of Hotelcare's clear policy of always paying staff for all hours worked at (at least) the minimum wage Hotelcare will immediately rectify the issue."