Climate Camp activists tore the letter S from above the doors of the Shell Centre on York Road on Tuesday afternoon as part of a day of action outside the offices of banks and oil companies. 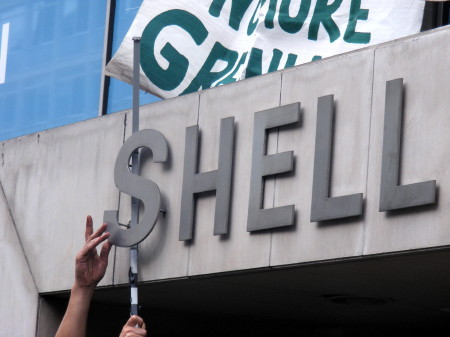 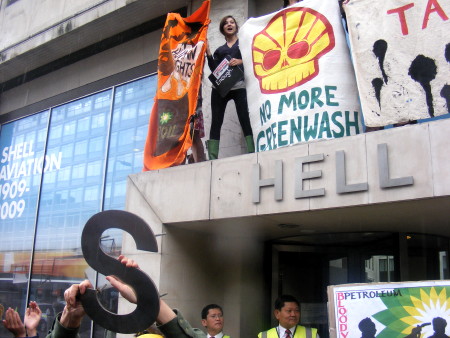 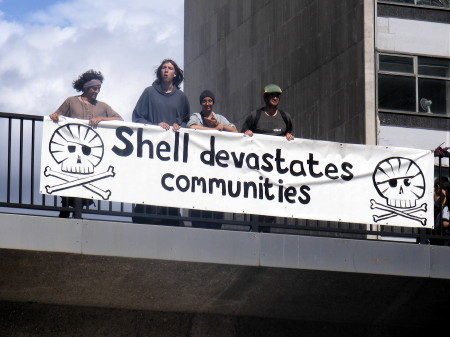 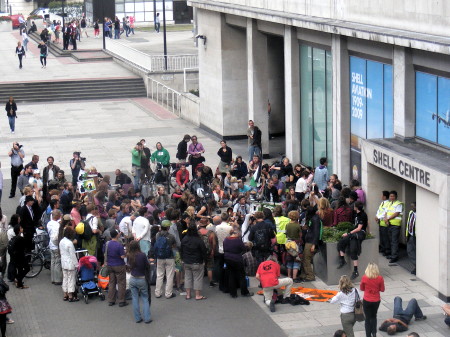 The activists, who paraded across the river from an earlier demo at BP's headquarters, sat outside the oil firm's South Bank offices to listen to speeches and songs.

Shell was denounced for its financial support for South Bank arts institutions such as the Royal Festival Hall and National Theatre.

Others unfurled banners from the footbridge across York Road which links Shell Centre with Waterloo Station.

Then some activists climbed onto the canopy above the York Road entrance to the Shell Centre.

To cheers from the crowd, one demonstrator used a metal pole to lever away the letter S from the sign above the door so that it read "Hell Centre".

Although there was a strong presence by officers from North Wales Police, no effort was made to prevent the damage.