The section of Redcross Way between Red Cross Garden and Cathedral School now has a new look as part of the Bankside Urban Forest scheme. 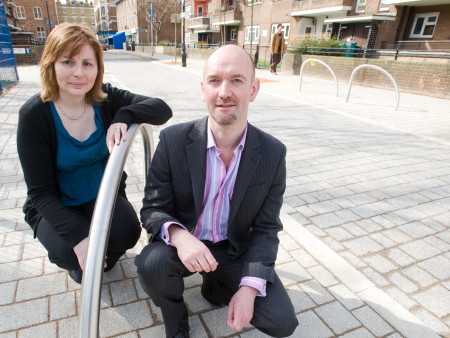 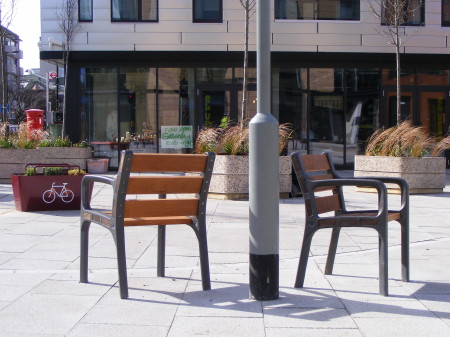 On Friday Cathedrals ward councillors David Noakes and Adele Morris celebrated the completion of the first phase of work.

The improvements to Redcross Way were identified in the Bankside Urban Forest study and funded through Transport for London and section 106 contributions from developers.

Further funding has recently been secured from both Southwark Council's Cleaner Greener Safer scheme and the London Development Agency to implement phase 2 to ensure that the whole of the street from Union Street to Marshalsea Road is upgraded.

Bankside Open Spaces Trust, who manage Red Cross Garden, will soon move into their temporary zero carbon offices on Ayres Street next to Redcross Way and start a food growing project at Pattison House which will build on the success of their Edible Estate at the Brookwood Triangle on Webber Street.

The Redcross Way project builds on a number of other Bankside Urban Forest initiatives, including the Great Suffolk Street retail parade and junction, which have recently been completed.

The opening of Redcross Way follow the recent announcement by the London Development Agency that £4 million will be made available by the Mayor to implement the a number of Bankside Urban Forest projects over the next five years.

Improvements will include additional tree planting and greening, upgrading and widening pavements and improving accessibility and lighting.